The fund allows Dartmouth to project balanced budgets for the next decade. 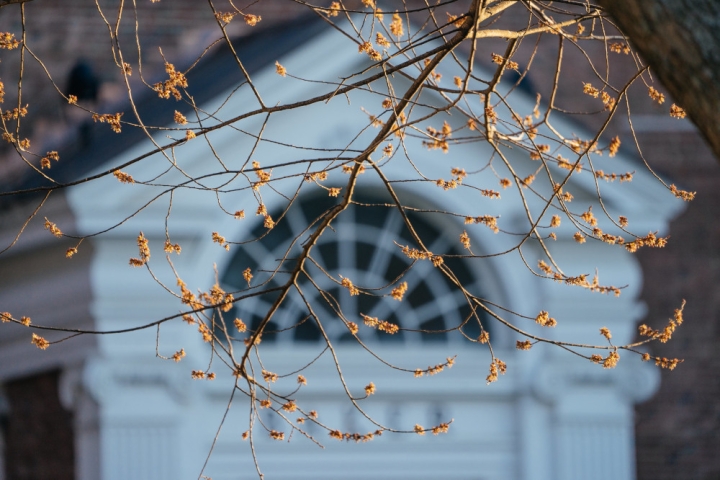 Earlier this month, President Philip J. Hanlon ’77 and the Dartmouth Board of Trustees set a new policy to address historical under-investment in critical infrastructure upgrades by dedicating a percentage of a supplemental endowment distribution to a new fund. The decision, made during an unprecedented year of sacrifice and adversity, should enable Dartmouth to avoid future cuts to the academic enterprise and project balanced budgets for the next 10 years. President Hanlon and the board believe this is a next step that solidifies a years-long campus-wide effort to address Dartmouth’s infrastructure needs, improve its fiscal sustainability, and bolster Dartmouth’s academic and fiscal future.

“I am proud of the Dartmouth community members, all of whom have worked hard and made difficult choices over the past several years that prioritize our mission-driven commitment to imparting wisdom to the next generation of leaders and advancing new knowledge,” says Hanlon. “Thanks to a thoughtful and disciplined approach from the entire community, Dartmouth is on firmer financial footing and prepared for a future of opportunity and possibility.”

For decades, Dartmouth, like many institutions and especially those with historic campuses, has not incorporated adequate support for ongoing building maintenance costs and necessary infrastructure improvements into its annual budget. Over time, that led to a precarious balancing act—using limited funds for both the upkeep of existing resources and to build for the future. With careful fiscal management, Dartmouth has been able to address some legacy maintenance projects, such as the conversion from a steam to a hot water heating system, which will significantly improve efficiency. Yet several pressing needs remain, including upgrading an outdated energy plant, renovating aging academic buildings and residence halls, building library storage facilities, and updating IT systems.

In the pre-pandemic budget environment, modernizing these critical assets would have saddled Dartmouth with an operating deficit projected to grow beyond $50 million a year, beginning in 2025, and would have threatened the financial stability the Dartmouth community has worked hard to achieve. Instead, the board decided that this is the rare moment when taking a supplemental draw on the endowment to address projects that span decades is possible, consistent with the endowment’s funding mission, and balances the interests of current and future generations of Dartmouth students.

The fund, which is called the infrastructure renewal fund (IRF), will not reverse operating budget cuts that have been implemented through the current fiscal year, but it will allow Dartmouth to eliminate planned anticipated reductions in the 2023 fiscal year and beyond.

While the pandemic did not cause the structural deficit that the supplemental endowment draw will address, it exacerbated present-day financial challenges. Broad-based discipline by the administration has created a culture of prioritization and reallocation that improved the financial situation. This fiscal rigor, together with prodigious fundraising and excellent investment performance, has allowed Dartmouth to increase investment in the academic enterprise, support robust growth in financial aid, enact the lowest seven-year percentage increase in tuition since the 1950s, and position the institution with a balanced budget for the coming decade.

“Together, we have worked to navigate the financial uncertainties brought on by the pandemic,” says Provost Joseph Helble. “Last summer, we asked each division to meet revised budgetary targets through non-compensation spending reduction and other steps appropriate to their division. Consistently, the community found creative ways to meet those targets.”

In the aggregate, these measures helped bring Dartmouth closer to stemming the losses associated with COVID-19 and achieving a balanced budget in this fiscal year. The pace and severity of some of the change, however, have been a challenge for the community.

“By necessity, we made a number of difficult choices over the past year, some of which we knew would cause pain,” Hanlon says. “So, we should have done a more effective job of explaining both the process and the rationale for the changes. We are committed to doing a better job of communicating and consulting as decisions are made in the future.”

Hanlon said the decision to pursue a supplemental draw from the endowment followed a great deal of deliberation. Dartmouth senior leaders are appropriately resolute that the endowment is not a checking account on which the institution can draw for any and all projects. It was important throughout the decision-making that the use of the endowment adhere to the principle of intergenerational equity that it is designed to preserve. However, prompted by persuasive arguments from faculty and other community members that all options should be on the table, especially after so much sacrifice from so many across the institution, the finance team led by Helble and Executive Vice President Rick Mills—in close consultation with faculty leadership—set about to develop a plan for the trustees to consider that adhered to intergenerational equity.

“We proceeded carefully and deliberately as we assessed using the endowment in this way,” Hanlon says. “Ultimately, we concluded that it is appropriate for future generations to bear some of the cost of these enduring, mission-enabling infrastructure projects as they will support tomorrow’s community members as well as today’s.”

Every year, approximately 5% of the endowment is used to fund the operating budget. The figure is determined by a formula that is, among other things, designed to maintain the long-term spending power of the endowment and ensure that, on average, the annual draw is less than the annual return. Under the IRF plan that draw will be increased for several years but at a gradually declining rate until it returns to 5%. For fiscal year 2022, the endowment distribution will be $335 million, or about 25% of the $1.2 billion budget. The $335 million distribution will include an initial appropriation of $31 million for the IRF or one-half of 1% of the endowment value.

“This is an innovative solution to a challenging problem,” says Greg Maffei, chair of the trustee finance committee. “The input from sharp minds across Dartmouth, including the academic deans, faculty leadership and trustees who worked with Dartmouth’s finance team, enabled a strong response to the collective call to action.”