Landmark-Tracking Neuron Helps Rats Know Where They Are 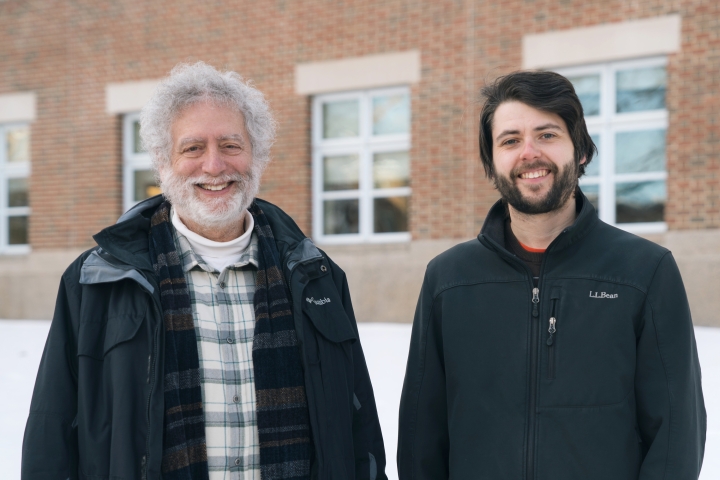 Visual landmarks enable an animal to know where it is oriented in relation to its environment. Dartmouth researchers have identified a new type of neuron in the rat brain that appears to help facilitate this type of visual and spatial processing. The results are published in Science Advances.

These neurons may be encoding the animal’s environmental context in relation to its situation and help anchor a rodent’s sense of orientation.

In the rat brain, neurons known as “head direction cells” have long been thought to play an important role in a rat’s ability to discern what direction it is facing.

These neurons are only active when the rat faces a certain direction. If the rat is facing north, a head direction cell for north is activated. Each of these nerve cells is specific to a particular direction, which the Dartmouth researchers refer to as a “classic head direction cell.” Prior research has shown that these cells rely on a number of cues including landmarks, and motor and vestibular information, related to sense of balance, in order to be activated.

“Over the past couple decades, head direction cells have been identified in more and more parts of the brain, so we wanted to find out if all head direction cells behave in the same way, given that different parts of the brain are responsible for different functions,” says lead author Patrick LaChance, Guarini ’21, a graduate student in psychological and brain sciences and a member of the Taube Lab.

Each classic head direction cell only fires to one direction. The authors, however, now demonstrate that head direction cells in a part of the brain known as the postrhinal cortex can fire in two different directions depending on the visual landmarks in the surrounding environment.

For the study, individual rats were placed in a square enclosure and had to navigate their surroundings as they foraged for scattered sugar pellets while the authors recorded head direction cell activity. Each rat was exposed to different visual cues. The enclosure initially contained one prominent visual landmark, a white cardboard sheet along the south wall. For one part of the trial, an identical white cardboard sheet was then placed along the opposite wall, to the north, so that the visual landmark was duplicated.

“Our results demonstrate that the rodent head direction cells in the postrhinal cortex behave much differently than all the other head direction cells that have been studied in the past 35 years,” says senior author Jeffrey Taube, professor of psychological and brain sciences. “These neurons may be encoding the animal’s environmental context in relation to its situation and help anchor a rodent’s sense of orientation.”

The rodent postrhinal cortex is thought to be similar to the parahippocampal cortex in the human brain, so according to the researchers, the results may provide clues into humans’ sense of orientation.