The Dartmouth Summer Research Project on Artificial Intelligence was a seminal event for artificial intelligence as a field. 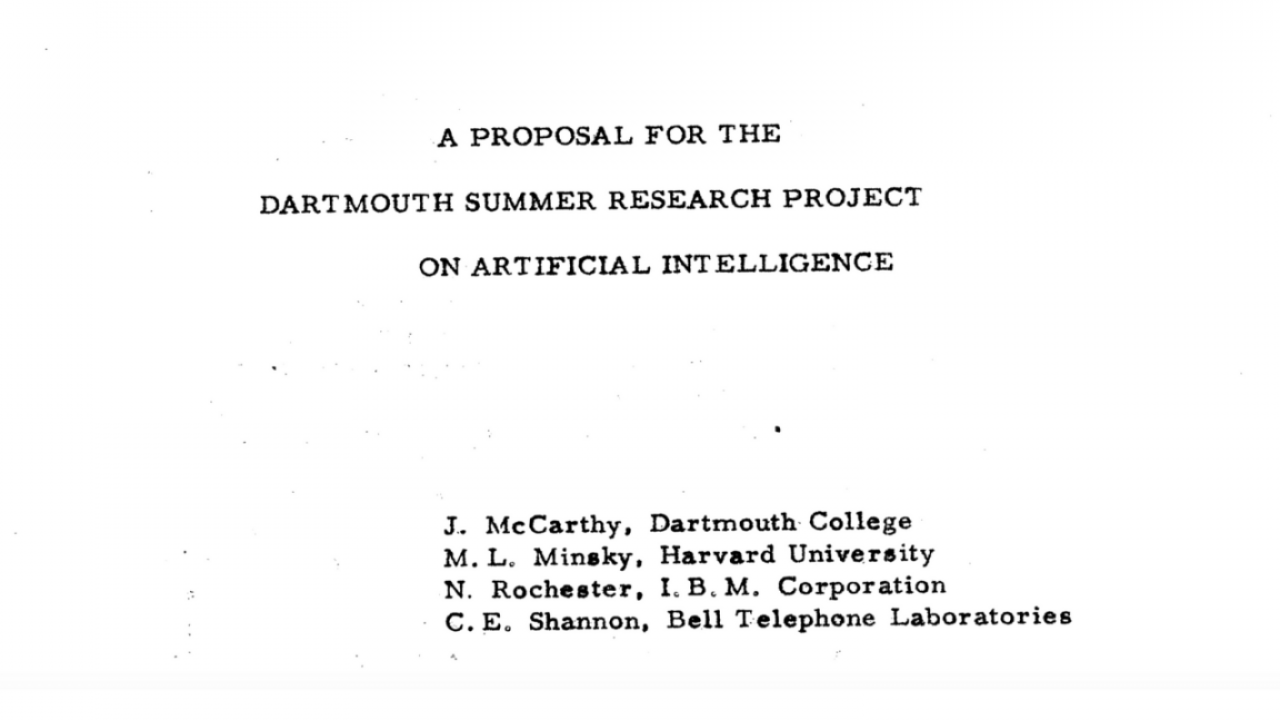 In 1956, a small group of scientists gathered for the Dartmouth Summer Research Project on Artificial Intelligence, which was the birth of this field of research.

To celebrate the anniversary, more than 100 researchers and scholars again met at Dartmouth for AI@50, a conference that not only honored the past and assessed present accomplishments, but also helped seed ideas for future artificial intelligence research.

The initial meeting was organized by John McCarthy, then a mathematics professor at the College. In his proposal, he stated that the conference was “to proceed on the basis of the conjecture that every aspect of learning or any other feature of intelligence can in principle be so precisely described that a machine can be made to simulate it.”

Professor of Philosophy James Moor, the director of AI@50, says that the researchers who came to Hanover 50 years ago thought about ways to make machines more cognizant, and they wanted to lay out a framework to better understand human intelligence.