On December 15, 1956, Polly Case straddled a small disk attached to a cable—a “poma lift”—and rode to the top of Holt’s Ledge in Lyme Center, N.H. 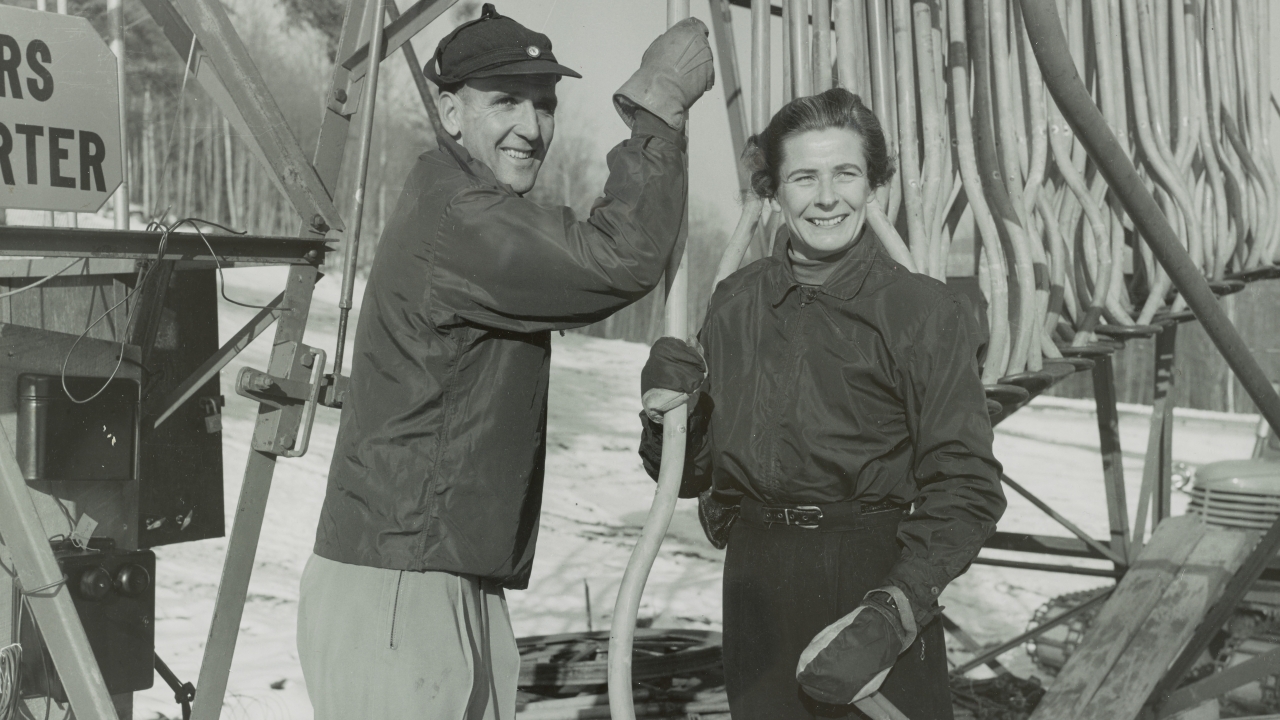 Caption
Howard Chivers, manager, and Polly Chinlund, who won the contest to name the “Skiway.” Chinlund won a lifetime pass. (Photo by D. Cutter ’73, courtesy of the Dartmouth Library)

The January 1957 issue of Dartmouth Alumni Magazine heralded the opening of the Dartmouth Skiway, which was officially dedicated on Jan. 19, 1957.

Case was awarded the honor of the first ride up the mountain for suggesting the name of the ski area: the Dartmouth Skiway.

An estimated 750,000 patrons and a succession of major improvements after Case’s ride up the poma, the Dartmouth Skiway celebrated its 50th anniversary in 2006. One of only a handful of American ski areas owned by colleges or universities, the Skiway has become a ski resource for the entire Upper Valley community.

“Dartmouth holds a significant place in the history of American skiing, with the Skiway as a prominent site in that history,” says Skiway General Manager Doug Holler. The past half-century has seen a number of significant changes since the old poma lift on Holt’s Ledge, including the addition of snowmaking—now covering 64 percent of the Skiway’s 104 skiable acres—in 1985; the installation of the Winslow Mountain quad chair across the road from Holt’s Ledge; a significant upgrade to the Holt’s Ledge chairlift; and the construction, in 2000, of the McLane Family Lodge.

Home of the Dartmouth Ski Team, the Skiway has been host to NCAA championships and scores of racers who went on to compete in international and Olympic competition, as well as community-based ski programs such as the Ford Sayre Memorial Ski Council and Team Spectra, and after-school ski programs from nearby Thetford, Chelsea, Strafford, and Bradford, Vt., and Orford and Lyme, N.H. 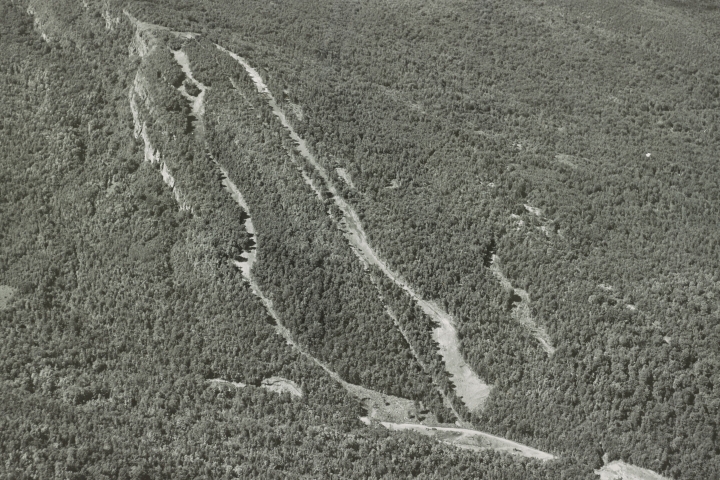