The Founding of Thayer

Sylvanus Thayer, Class of 1807, established an engineering school at his alma mater.

When Sylvanus Thayer established an engineering school at Dartmouth, he created the kind of institution he wished he could have attended. As a young man, he wanted a technical education that would prepare him to be an engineer, but at the time no such institution existed in this country. He pursued the next-best thing: a college that offered advanced mathematics as well as a classical education. In 1803 he entered Dartmouth. Though named valedictorian of the class of 1807, Thayer left before the graduation ceremony to become a cadet at the five-year-old United States Military Academy.

In 1867, Thayer brought engineering to Dartmouth. He not only offered $70,000—an enormous sum at the time—to create an engineering school, but he also detailed the curriculum: technical studies built on a strong liberal arts foundation. Over one hundred fifty years later, his Thayer School of Engineering continues the educational model he invented.

Read more on the history of Thayer. 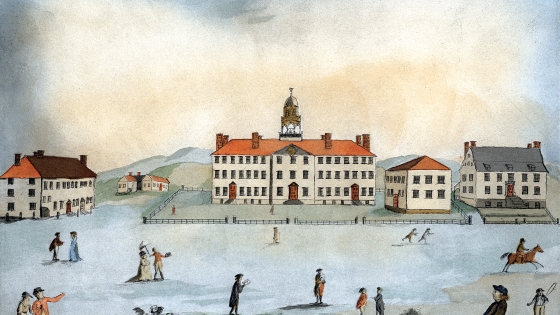 Video by Thayer School of Engineering