President Obama has identified growing income inequality as a key problem facing the U.S. economy. But why is inequality a problem? And is more government redistribution the solution? Two leading economists will debate these issues. Greg Mankiw is a professor of economics at Harvard University, a New York Times columnist, and former chairman of the Council of Economic Advisers under President George W. Bush. Jared Bernstein is a senior fellow at the Center on Budget and Policy Priorities and former chief economic adviser to Vice President Joe Biden.

As a student, Greg Mankiw studied economics at Princeton University and MIT. As a teacher, he has taught macroeconomics, microeconomics, statistics, and principles of economics. He even spent one summer long ago as a sailing instructor on Long Beach Island. Professor Mankiw is a prolific writer and a regular participant in academic and policy debates. His research includes work on price adjustment, consumer behavior, financial markets, monetary and fiscal policy, and economic growth. His published articles have appeared in academic journals, such as the American Economic Review, Journal of Political Economy, and Quarterly Journal of Economics, and in more widely accessible forums, such as The New York Times, The Washington Post, The Wall Street Journal, and Fortune. He has written two popular textbooks—the intermediate-level textbook Macroeconomics (Worth Publishers) and the introductory textbook Principles of Economics (South-Western/Thomson). Principles of Economics has sold over a million copies and has been translated into twenty languages. In addition to his teaching, research, and writing, Professor Mankiw has been a research associate of the National Bureau of Economic Research, an adviser to the Federal Reserve Bank of Boston and the Congressional Budget Office, and a member of the ETS test development committee for the advanced placement exam in economics. From 2003 to 2005 he served as Chairman of the President's Council of Economic Advisers.

Jared Bernstein joined the Center in May 2011 as a Senior Fellow.  From 2009 to 2011, Bernstein was the Chief Economist and Economic Adviser to Vice President Joe Biden, executive director of the White House Task Force on the Middle Class, and a member of President Obama’s economic team. Bernstein’s areas of expertise include federal and state economic and fiscal policies, income inequality and mobility, trends in employment and earnings, international comparisons, and the analysis of financial and housing markets. Prior to joining the Obama administration, Bernstein was a senior economist and the director of the Living Standards Program at the Economic Policy Institute in Washington, D.C. Between 1995 and 1996, he held the post of deputy chief economist at the U.S. Department of Labor. He is the author and coauthor of numerous books for both popular and academic audiences, including Crunch: Why Do I Feel So Squeezed?, and nine editions of The State of Working America. Bernstein has published extensively in various venues, including The New York Times, Washington Post, Financial Times, and Research in Economics and Statistics.  He is an on-air commentator for the cable stations CNBC and MSNBC, contributor to The New York Times Economix blog, and hosts jaredbernsteinblog.com. Bernstein holds a PhD in Social Welfare from Columbia University. 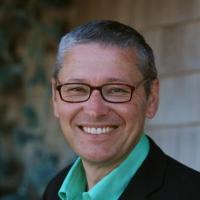