Most reformers and reporters insist that the Supreme Court’s decision in Citizens United treated corporations as if they were individuals for the first time and thereby ushered in a new era of corporate spending. That story is wrong. There is a bigger story about the relationship between Citizens United and American politics; it’s just not the story we’ve been telling. The so-called “dark money” trend is a symptom of a deeper shift taking place in our political process, one that is flattening the party structure, altering the political landscape, and erasing an underappreciated source of pluralism in American politics. People are rightly concerned about dark money, but they should be just as concerned about the other problem Citizens United has helped unleash: “shadow parties.”  In describing the role that shadow parties are playing in the American system, Professor Gerken will tell describe the real problem with Citizens United.

Heather Gerken is the J. Skelly Wright Professor of Law at Yale Law School. Professor Gerken specializes in election law and constitutional law. She has published in the Harvard Law Review, the Yale Law Journal, the Stanford Law Review, Michigan Law Review, Columbia Law Review, Political Theory, Political Science Quarterly, Roll Call, Legal Affairs, Legal Times, The New Republic, Democracy Journal, and elsewhere. She has served as a commentator for a number of media outlets, including The New York Times, The New Yorker, the L.A. Times, the Chicago Tribune, the Boston Globe, NPR, the Lehrer News Hour, Bill Moyers, CNN, MSNBC, and NBC News. Her most recent scholarship explores questions of election reform, federalism, diversity, and dissent. Her work has been featured in The Atlantic’s “Ideas of the Year” section, the Ideas Section of the Boston Globe, and NPR’s On the Media. It has also been the subject of three academic symposia.

Professor Gerken clerked for Judge Stephen Reinhardt of the 9th Circuit and Justice David Souter of the United States Supreme Court. After practicing for several years, she joined the Harvard faculty in September 2000 and was awarded tenure in 2005. In 2006, she joined the Yale faculty. Professor Gerken has won teaching awards at both Yale and Harvard, been named one of the nation’s “twenty-six best law teachers” by a book published by the Harvard University Press, was featured in the National Law Journal for balancing teaching and research, won a Green Bag award for legal writing, testified three times before Senate Committee on Rules and Administration, and serves as a trustee for Princeton University. Professor Gerken served as a senior legal adviser in the “Boiler Room” for the Obama for America campaign in 2008 and 2012. Her proposal for creating a “Democracy Index” was incorporated into separate bills by then-Senator Hillary Clinton, then-Senator Barack Obama, and Congressman Israel and turned into reality by the Pew Charitable Trusts, which created the nation’s first Election Performance Index in 2013. 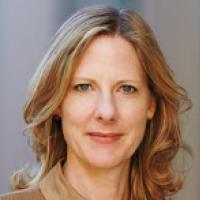