The panelists will explore the issue of money in politics, particularly examining recent developments.

Gilles Bissonnette has extensive civil litigation experience, which has included aggressive advocacy in both the freedom of speech and privacy arenas. He was named a “New England Super Lawyers Rising Star” in the 2013 edition of New England Super Lawyers magazine. Prior to joining the NHCLU, Gilles was a civil litigator in Boston at the law firms of Choate Hall & Stewart LLP, Todd & Weld LLP, and Cooley LLP.

Professor Heather Gerken specializes in election law and constitutional law. Her work has been featured in The Atlantic’s “Ideas of the Year” section, the Ideas Section of the Boston Globe, and NPR’s On the Media. It has also been the subject of three academic symposia. Professor Gerken clerked for Judge Stephen Reinhardt and Justice David Souter. After practicing for several years, she joined the Harvard faculty in September 2000 and was awarded tenure in 2005. In 2006, she joined the Yale faculty. Professor Gerken has won teaching awards at both Yale and Harvard, been named one of the nation’s “twenty-six best law teachers” by a book published by the Harvard University Press, was featured in the National Law Journal for balancing teaching and research, and won a Green Bag award for legal writing, testified three times before Senate Committee on Rules and Administration. Professor Gerken served as a senior legal adviser in the “Boiler Room” for the Obama for America campaign in 2008 and 2012.

Daniel Weeks is Executive Director of Open Democracy, a nonpartisan nonprofit working to increase civic engagement and government accountability in the Granite State. Founded by legendary reformer Doris “Granny D” Haddock, Open Democracy conducts legislative advocacy, public education, and grassroots organizing at the state and local level; our NH Rebellion walks across New Hampshire gained national and international attention in 2014-15. Prior to Open Democracy, Weeks served as president of Americans for Campaign Reform (now Issue One), working with a bipartisan team of U.S. Senators to advance citizen-funded elections in Congress. As founding director of Students for Clean Elections in Connecticut, he helped pass the first legislature-approved public funding law in the country in 2005. Weeks has written and spoken extensively on democracy issues in the US, UK, and South Africa, including for The Atlantic, New York Times, Boston Globe, Christian Science Monitor, and on PBS, NPR, and BBC. He is currently writing a book on poverty and democracy based on poverty-line research he conducted in 30 states by Greyhound bus as a Harvard fellow. Weeks is a graduate of Oxford and Yale.

Professor John Greabe ’85 has taught full time at the University of New Hampshire School of Law since 2010, and part time since 1997. His scholarship focuses on federal courts and procedure, civil rights litigation, and constitutional law. Before becoming a full-time law teacher, Professor Greabe taught at Vermont Law School and clerked for several judges within the United States Court of Appeals for the First Circuit. Professor Greabe teaches Constitutional Law, Civil Procedure, Conflict of Laws, First Amendment, and Judicial Opinion Drafting. He earned his BA from Dartmouth College and his JD from Harvard Law School. 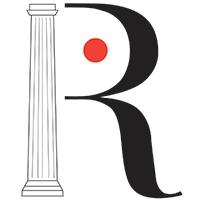