Film "Inequality for All" and panel discussion: "The Ethics of Income Inequality

Film Screening: Inequality for All with "The Ethics of Income Inequality" panel discussion with Richard Parker and Ron Suskind, to follow.

Join us for a free screening of the film followed by discussion with two of the nation’s leading writers on the perils of class division, Harvard economist Richard Parker and Pulitzer Prize-winning journalist Ron Suskind.

Richard Parker, a Dartmouth and Oxford classmate of Reich (and one of his oldest friends), is that rare mix of scholar and activist.   A co-founder of Mother Jones and longtime editorial board member of The Nation, Parker was president of Americans for Democratic Action and went on to grow Greenpeace from 2,000 to 700,000 members. Ron Suskind, one of America’s most respected nonfiction writers, is the author of five New York Times bestsellers that shaped national debate on issues ranging from race and class to Presidential power and perfidy. His 2011 bestseller, “Confidence Men, Wall Street, Washington and the Education of a President,” is the signature work on the 2008 fall of the economy, the rise of Barack Obama and the President’s struggles to re-launch and redirect the ship of state. The former senior national affairs writer for the Wall Street Journal, Suskind currently directs Harvard’s Project on Public Narrative, often appears on national television and writes for the New York Times Magazine.

Film Synopsis A passionate argument on behalf of the middle class, INEQUALITY FOR ALL features Robert Reich as he demonstrates how the widening income gap has a devastating impact on the American economy. The film is an intimate portrait of a man whose lifelong goal remains protecting those who are unable to protect themselves. Through his singular perspective, Reich explains how the massive consolidation of wealth by a precious few threatens the viability of the American workforce and the foundation of democracy itself. In this INCONVENIENT TRUTH for the economy, Reich uses humor and a wide array of facts to explain how the issue of economic inequality affects all of us. Website: http://inequalityforall.com Twitter:  https://twitter.com/InequalityFilm 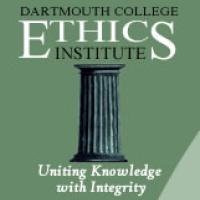