The Challenges of Communicating Climate Change

Born in Bogota, Colombia, and a US citizen since 1994, Angela Posada-Swafford was the first Hispanic to receive the Knight Science Journalism Fellowship at MIT and Harvard, in 2000-2001. She was an Expedition Member on the First Colombian Antarctic Science Expedition, December 16 2014 - March 24 2015.  For the past 6 years she has been the full-time US correspondent for Muy Interesante,(www.muyinteresante.es) the leading science magazine for the general public in Spanish language in the world.

For the past 30 years Swafford has been writing from the field about space, astronomy and astrophysics, Antarctica and the Arctic (through NSF and MBL fellowships), the deep oceans, earth sciences, environment, physical oceanography, genetics, health, paleontology, botany, rainforests, biodiversity, climate change, biosafety, health and exploration, among other sciences.

She has served as a freelance researcher, content editor and field producer for new science shows originated at Discovery Channel Latin America/Iberia. She has field-recorded, written and narrated her own radio documentaries for National Public Radio’s weekly environmental program Living on Earth.

Her work has taken her from the Geographic South Pole and the Arctic Circle in Alaska to Hawaii’s Mauna Kea volcano, from Newfounland’s tundra to Zimbabwe’s hippo pools, from 3,000 feet at the bottom of the Caribbean, to 15,000 high in Chile’s Cerro Paranal, home of the biggest telescope in the world. From listening to the heartbeats of humpback whales inside a Navy submarine, to following the steps of a geologist in search of the oldest rocks in the planet. She actively covers NASA’s science programs and educational initiatives, including the Reduced Gravity Flights for college students and astronaut training, as well as the new directions in space exploration.

Between 1989 and 1995 she filled several positions at El Nuevo Herald, The Miami Herald’s Spanish language version, which included Travel Editor, Food Editor and translator. During that time she also specialized in editorial environmental and science writing, and wrote a biweekly column for five years, on these topics. She’s also produced science and environmental stories for CBS Telenoticias and The Travel Channel. 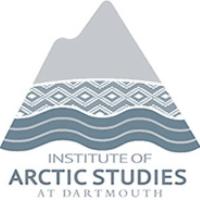