Notes From The Field: Doing Time In Education

The Montgomery Fellows Program presents actress Anna Deavere Smith in her public presentation about The Pipeline Project, a work in progress about the "school-to-prison pipeline"

The Pipeline Project, a work in progress about the "school-to-prison pipeline"

"My interest in the school-to-prison pipeline idea begins with my interest in education, as someone who was raised by teachers and who teaches, for 40 years - a far more fortunate situation in that I teach people, mostly artists, whose intellectual health is intact. The kids of The Pipeline Project got shoved out of school and out of the system."

Smith's play looks at how society ostracizes black youth who are imprisoned because they've committed minor infractions, a consequence that can ultimately lead to the societal troubles that exist in Ferguson, Mo.; Staten Island, and Baltimore.

She spoke with teachers, students, and victims of the pipeline. She interviewed Strawberry Mansion High School principal Linda Cliatt-Wayman and Common Pleas Court Judge Daniel Anders about their experiences within the system. Without giving away Smith's endgame, what she learned in Philly is similar to what she learned in California: If we don't take care of our youth, we're going to be sorry.

"A California Supreme Court justice told me one very valuable thing regarding kids: If you're not in school, you're in trouble." School teaches kids how to to be productive, responsible citizens, she says, and without it they generally are neither. But she also realizes that the "school-to-prison pipeline" starts earlier than the classroom, that it is a "womb-to-prison" track paved with poverty and violence. "What kind of condition are these children in before they get to school? That's the question." 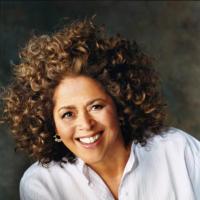