Former three-term governor of New York, George Pataki, brought conservative solutions to a state in crisis, revived the economy and led through the worst terrorist attack on American soil. As Governor, he inspired people of all backgrounds to work together and believe in a better future.

Pataki grew up in upstate New York working on the family farm where he learned the power of discipline, community, and hard work. George worked year round to afford tuition at Yale University where he led the school's Conservative Party. After graduating Columbia Law School, Pataki practiced law, and was later elected mayor of Peekskill. From there, his public service continued, and he went on to serve as State Assemblyman, State Senator, and three terms as New York State 53rd Governor. He is currently Of Counsel with Chadbourne and Parke LLC, and president of his own small business, The Pataki-Cahill Group, that works in energy, infrastructure, and clean-tech.  He also runs South Farm, a working cattle ranch in Essex, NY. 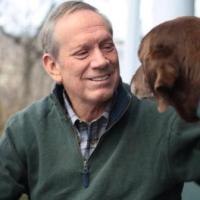