“Nobody knows that the Nation’s Oldest City was home to the bloodiest campaign of the entire Civil Rights Movement, leading directly to the landmark Civil Rights Act of 1964,” said filmmaker Clennon L. King. “And that’s where this film comes in."

An Albany, Georgia native, King first began working on the film in 2002, after a four‐year stint as a TV reporter and anchor at Jacksonville’s NBC News affiliate. As the son of a lawyer for Dr. Martin Luther King (no relation) during the historic Albany Movement, King was familiar with nearby St. Augustine’s civil rights past, and began tracking down veterans of the campaign. “I wanted to capture and chronicle their stories while they were still here,”he said, noting nearly a third of those interviewed are now deceased. In all, 45 voices tell the story, including civil rights foot soldiers and field lieutenants, segregationists, clergy, Klansman, correspondents, and luminaries. And despite LBJ and MLK headlining the film’s real-life cast, said King, audiences invariably come away asking why a campaign so pivotal appears to have been wiped from the hard drive of history.

After the screening, King will have a conversation about the film, the history of race relations in this country, and its relevance to the current racial climate. Q&A with King to follow. 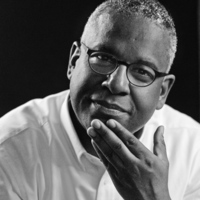