IN DEFENSE OF THE ROMAN LETTER, an illustrated talk by John R. Nash '60

The Roman letter survived because it did its job supremely well. Its precarious endurance as the basis of Western writing and printing will be the subject of John Nash's talk.

The Friends of the Dartmouth College Library cordially invite you to the 2018 Stephen Harvard Memorial Lecture:  "In Defense of the Roman Letter," an illustrated talk by John R. Nash '60, calligrapher, stone lettercarver, and a Fellow of the Society of Scribes and Illuminators in London, England.

In an article for the Edward Johnston Foundation Journal, Nash wrote, "the survival of the Roman letter, at least in its most subtle and enduring form, has been a rather precarious affair. Its history has tended to be one of ebb and flow, deterioration and regeneration, eclipse and revival; in this country [England], no less than in others, it has periodically been given a bad time -- not least by those who admired it and wished it well. A good deal of this perpetual motion has been due to a constant struggle between two tendencies, summed up by Eric Gill in the definition: 'Letters are things, not pictures of things' -- the first being the craftsmanlike point of view, which considers the letter first and foremost as a thing: a useful tool whose beauty comes from its usefulness; the second being the artistic or self-expressive point of view, which sees lettering in terms of form and texture, to be looked at rather than read (pictures of things.) The craftsmanlike point of view, whether in typography, calligraphy or lettering, is now somewhat out of fashion, to say the least."

The event is held in conjunction with the exhibition in the Main Hall of Baker Library, WILL CARTER AND THE DARTMOUTH TYPEFACE, which will run from February 9 through June 1, 2018. The lecture and exhibition are free and open to the public. A reception with follow the lecture. 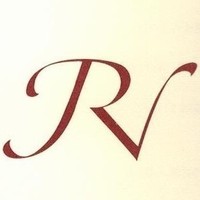