The Future of Community: A Startup Disrupting the Co-Working Industry

The Future of Community: A Startup Disrupting the Coworking Industry

Ryan Wilson is the Co-Founder and CEO of The Gathering Spot, a private membership club based in Atlanta, Georgia. As co-founder of Atlanta's premier private membership club, Ryan Wilson leads a team that has assembled a diverse community of thinkers, creators, and connectors in one of the country's most thriving cities. Ryan and his business partner raised north of three million dollars of private capital from investors over the course of two years to open The Gathering Spot. After completing the build-out of a former historic railroad landmark, the club is now home to over 1,000 members and has established itself as a home for Atlanta’s creative class, business professionals, and entrepreneurs. Responsible for the club's overall management and strategic vision, Ryan was recognized by Atlanta Business Chronicle’s Small Business Person of the Year in 2017 and featured in notable publications such as Forbes and The Huffington Post.

This event is sponsored by IDE, the Center for Private Equity and Entrepreneurship, and the Tuck MBA Program Office. 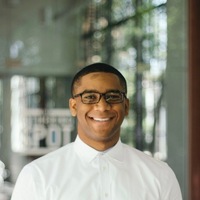