The designation of 1.35 million acres as the Bears Ears National Monument was history in the making upon its execution. Only once before has a tribe, or multiple tribes in the case of Bears Ears, ever been able to co-manage and regulate culturally relevant sites with the federal government. On December 28, 2016, Bears Ears became the second monument to ever formalize this relationship between sovereign tribal governments and the United States. It is for this reason, we find the need to bring awareness to the issue at hand. The unlawful reduction of the monument on December 4, 2017, by President Trump cut the monument by approximately 85%, unilaterally disenfranchised tribes’ right to land they have lived on since time immemorial. The outcome of current litigation will determine the future for all federally recognized tribes in Indian Country to formalize a co-management system for connections they foster with off-reservation, sacred sites. It will also determine the stability of and status of all current national monuments. The American Indian Science and Engineering Society (AISES) would like to plan a two-day conference with the theme of recognizing grassroots movements to preserve the cultural, historical, and scientific significance of Bears Ears.

**NOTE: “The Five Tribes” may be referenced throughout proposal and is used in place of Navajo, Ute Mountain Ute, Uintah and Ouray Ute, and Hopi Tribes along with the Pueblo of Zuni comprising the Bears Ears Inter-tribal Coalition. 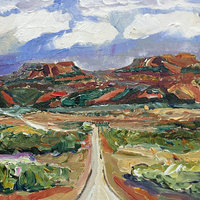