Should we Care About the Truth?

Carlos Fraenkel is James McGill Professor of Philosophy and Jewish Studies at McGill University in Montreal. His publications include From Maimonides to Samuel ibn Tibbon: The Transformation of the Dalalat al-Ha irn into the Moreh ha-Nevuhhim (Hebrew, Magnes Press, 2007), Philosophical Religions from Plato to Spinoza: Reason, Religion, and Autonomy (CUP, 2012), and Teaching Plato in Palestine: Philosophy in a Divided World (Princeton University Press, 2015). He is currently writing a book on the purpose of philosophy and a family memoir.

Sponsored by the Daniel Webster Project and the Jewish Studies Program 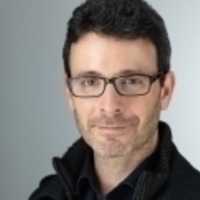