"Conspiracy Without the Theory" - A Live Broadcast with J. Russell Muirhead

Join us for Rocky Watch, a weekly series of live broadcasts with a variety of public policy experts. Wednesdays at 5:00 p.m. EDT through May 27.

"Conspiracy Without the Theory”

How conspiratorial thinking is undermining democracy—and what can be done about it.

Speaker Bio:
J. Russell Muirhead is the Robert Clements Professor of Democracy and Politics in the Government Department and the co-author of a recent book about the rise of conspiratorial thinking in American politics: A Lot of People Are Saying: The New Conspiracism and the Assault on Democracy (2019). His past publications include books on the place of partisanship in democratic citizenship (The Promise of Party in a Polarized Age, 2014) and on the moral meaning of work (Just Work, 2004).

Muirhead is co-founder of the Political Economy Project, which brings together faculty and students from a variety of departments such as Economics, Government, and Philosophy to address fundamental questions about capitalism and its alternatives. He has degrees from Harvard University, where he received his PhD, and Balliol College, Oxford, where received a BA in Philosophy, Politics, and Economics and was a Rhodes Scholar. 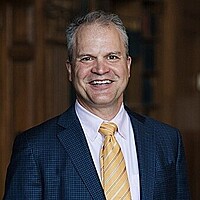