How We Study Race: A Discussion Across Disciplines

Professors talk about their work on issues of race and racial justice and what frameworks, perspectives, methodologies they use to conduct their research and reach their conclusions, and why those frameworks are important.
Sponsored by the Dept. of Govt, Cons. of Studies in Race, Migration & Sexuality (RMS), Ethics Inst, and Rockefeller Ctr.

Kimberly J. Brown’s research and teaching gather at the intersection of African American/African diaspora literature & visual culture studies. She is interested in the relationship between visuality & black subjectivity. Her first book, The Repeating Body: Slavery's Visual Resonance in the Contemporary examines slavery's profound ocular construction and the presence and absence of seeing in relation to the plantation space. She is at work on her second book, Mortevivum: Photography and the Politics of the Visual, examining images of the dead in the NY Times from four geographies: So. Africa, Rwanda, Sudan & Haiti.

Matthew Delmont is an expert on African-American History and the history of Civil Rights and the author of: Black Quotidian: Everyday History in African American Newspapers; Making Roots: A Nation Captivated; Why Busing Failed: Race, Media, and the Natl. Resistance to School Desegregation; and The Nicest Kids in Town: American Bandstand, Rock 'n' Roll, and the Struggle for Civil Rights in 1950s Philadelphia. His next book, Half American: The Epic Story of African Americans Fighting World War II at Home and Abroad, will be published in '22. He regularly shares his research with outlets, including the NY Times, NPR, TheAtlantic.com, and the Wash. Post.

Deborah K. King’s work focuses on Sociol. of law; prisons; African American women; race, class & gender, deviance & social control; & Sociol. of culture. She completed her BA at Northwestern, and an MA, MPhil, and PhD at Yale. Her current project, “Lest We Forget: Dartmouth Slavery Project" explores the often-overlooked history of slavery at Dartmouth.

Eng-Beng Lim is Assoc. Prof. of WGSS, and dir. of the Consortium of Studies in Race, Migration, and Sexuality. He is the author of the award-winning Brown Boys and Rice Queens: Spellbinding Performance in the Asias, reviewed in over 20 publications. He specializes in performance & cultural studies, Asian/American studies, postcolonial/diaspora studies & queer studies. He is working on a project about megastructures of feelings in Asia/America, and another on the visual cultures of "ethnocuties," which meditates on queer friendship, boy harem & botanical performance at the end of the world.

Sonu Bedi has taught at Dartmouth since 2007. He is the author of: Private Racism, Rejecting Rights, Beyond Race, Sex, and Sexual Orientation: Legal Equality without Identity, and Political Contingency (co-editor). He has published articles in journals in political science and political theory as well in numerous law reviews. He was awarded the Jerome Goldstein Award for Distinguished Teaching twice. His research interests are in the areas of contemporary political theory, constitutional law and theory, and race, law and identity. 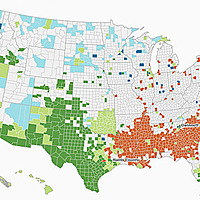