Afghanistan: What on Earth Happened? What Do We Have to Worry About Next?

Three experts of the region will discuss the Western withdrawal and collapse of the Afghan government.

Afghanistan: What on Earth Happened? What Do We Have to Worry About Next?

Recent events in Afghanistan were preceded by a complex set of dynamics. In this panel discussion, three experts of the region will discuss the Western withdrawal and collapse of the Afghan government and offer their analyses of what has transpired over the past several days. They will also discuss how regional relationships will be affected by the collapse, not least Pakistan and its influence on the Taliban, Iran, China, Russia, and how the international community should deal with the Taliban as a governing body. They will also address the serious implications these developments have for global terrorism.

Jason Lyall is a political scientist at Dartmouth College. His research examines the effects and effectiveness of political violence in civil and conventional wars. He has done extensive research in Afghanistan for the book he is currently writing, on how to improve humanitarian assistance in fragile and conflict settings. His book Divided Armies: Inequality and Battlefield Performance in Modern War (Princeton, 2020) was recently named a “Best of 2020” book by Foreign Affairs. Lyall has conducted fieldwork in Russia, Qatar, and Afghanistan, where he served as the Technical Adviser for USAID’s Measuring the Impact of Stabilization Initiatives project during 2012-15. He was named an Andrew Carnegie Fellow in 2020.

Martin Kobler is a former German Ambassador to Pakistan (2017-19) and former Special Representative of the Secretary-General, UN Support Mission in Libya (2015-17), UN Stabilisation Mission in the Democratic Republic of the Congo (2013-15); UN Assistance Mission in Iraq (2011-13); Deputy Special Representative of the Secretary General, UN Assistance Mission in Afghanistan (2010-11). Prior he served as Director General for Culture and Communication in the German Foreign Office (2007-10) and as the German Ambassador to Iraq (2006-2007) and Egypt (2003–2006). Prior to his ambassadorships, Kobler was chief of cabinet to Foreign Minister Joschka Fischer.

Daniel Benjamin is the president of the American Academy in Berlin. Before coming to the Academy, in 2019, he was the Norman E. McCulloch Jr. Director of the John Sloan Dickey Center for International Understanding at Dartmouth College. Benjamin served prior as Ambassador-at-Large and Coordinator for Counterterrorism at the US Department of State from 2009-2012 and was a senior fellow in foreign policy studies and director of the Center on the United States and Europe at the Brookings Institution. He has also been a senior fellow at the Center for Strategic and International Studies and a fellow at the United States Institute of Peace. He spent more than five years on the National Security Council staff in the 1990s. 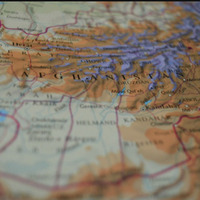