Fixing What We Face: How Racial Justice Can Save Our Democracy

James Baldwin said, “You cannot fix what you will not face.” Hate, lies about voter fraud, and deepening divisions in our democracy are reminiscent of the fundamental question about our willingness to form a more perfect union. This is what we must face. There is a large minority of Americans who are White and feel rage in response to the long road to racial justice and a democracy that opens its arms to the changing complexion of a nation built on racism and exclusion. That rage has blinded too many to facts at the peril of our union. As John Lewis said, “Democracy is an act and that act now requires truth-telling”. The simple truth is that even in our tremendous progress on racial justice, we have never come to grips with or altered the fundamental supremacy we granted whiteness and how that endangers us all. With hope and principled commitment, we must rekindle the radical love and honest confrontation that is the legacy of Dr. Martin Luther King, Jr.

Maya Wiley is a nationally recognized civil rights lawyer and racial justice advocate, a Legal Analyst for NBC News and MSNBC and a former top candidate for New York City Mayor in the 2021 Democratic primary. Wiley’s run for Mayor was historic. Running on a platform to make New York City a more just, fair, and affordable city, she was the first woman of color to be a top contender, receiving the second highest number of first choice votes in the rank choice primary. Prior to her run, Wiley had a national reputation as a forceful leader and a lengthy career singularly focused on improving the lives of people of color and low-income people, through academia as the Senior Vice President for Social Justice at the New School University and a Professor of Public & Urban policy; as the former Chair of the NYC Civilian Complaint Review Board, moving the case against the police officer who killed Eric Garner; as the first Black woman to serve as Counsel to a New York City Mayor; as a policy advocate through the non-profit she founded, the Center for Social Inclusion (now a part of Race Forward); and as a litigator at the NAACP Legal Defense Fund and US Attorney’s Office in New York. She has received numerous awards and has authored opinion editorials for multiple news outlets including The Washington Post, The Atlantic, The Guardian, Time, Essence.com, Fast Company, and the New York Daily News. 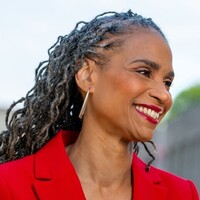