Free Political Speech Under Threat: Eisenhower Would be Ashamed

Lecture Info:
Judge Laurence Silberman ’57 traces the Constitutional origins of the First Amendment, describes historical threats, and explains how and why it is undermined today.

Speaker:
Judge Laurence Silberman was appointed United States Circuit Judge in October 1985 and took senior status on November 1, 2000. He received the Presidential Medal of Freedom on June 19, 2008.  He graduated from Dartmouth College in 1957 and Harvard Law School in 1961.  He served in the Army from 1957-1958. He has been a partner in law firms in Honolulu and Washington, D.C., as well as a banker in San Francisco. He served in government as an attorney in the National Labor Relations Board’s appellate section, Solicitor of the Department of Labor from 1969 to 1970, Undersecretary of Labor from 1970 to 1973, Deputy Attorney General of the United States from 1974 to 1975, and Ambassador to Yugoslavia from 1975 to 1977. From 1981 to 1985, he served as a member of the General Advisory Committee on Arms Control and Disarmament and the Department of Defense Policy Board. He was appointed by the Chief Justice to a term (1996 to 2003) as a member of the Foreign Intelligence Surveillance Court’s Review Panel. He took a leave of absence from the bench to serve as Co-Chairman (2004 to 2005) of the President’s Intelligence Commission. He was an Adjunct Professor of Administrative Law at Georgetown University Law Center from 1987 to 1994 and in 1997 and 1999, at NYU from 1995 to 1996, and at Harvard in 1998. From 2003 to 2019 he taught at Georgetown University Law Center as a Distinguished Visitor from the Judiciary and was awarded the Charles Fahy Distinguished Adjunct Professor Award for the 2002–2003 academic year.

Host:
Herschel Nachlis is Research Assistant Professor in the Department of Government and Senior Policy Fellow and Assistant Director in the Rockefeller Center for Public Policy and the Social Sciences at Dartmouth.

He studies and teaches American politics, law, and public policy, focusing on health policy, regulation, and political institutions. His work has been published in journals including JAMA: The Journal of the American Medical Association and Studies in American Political Development and public outlets including The Washington Post and STAT.

He received his PhD and MA in Politics and Social Policy from Princeton and BA in Political Science from Macalester. 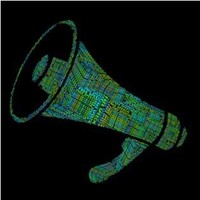