Effort funded faculty and student priorities from 2002 to 2009

Dartmouth College has completed a seven-year, $1.3 billion fundraising campaign that has enhanced its place as a leader in American higher education. A total of 65,174 alumni, parents, friends, faculty, students, staff, and organizations participated in the campaign, including 70 percent of alumni.

Vital investments in dozens of initiatives moved the curriculum into emerging fields of study, increased student scholarships, and provided faculty and students with the facilities and tools to do their best work.

“The campaign was an investment in the enduring attributes of Dartmouth that attracted me to this place—a personalized educational experience, commitment to providing all students the means to aspire to a Dartmouth education, and an experience that equips students with the ability to develop expertise throughout their lives and contribute to the betterment of society,” said President Jim Yong Kim.

The Campaign for the Dartmouth Experience began July 1, 2002, and launched publicly November 13, 2004. The largest fundraising effort in the College’s history, it included the undergraduate college and three professional schools and supported the strategic goals of then President James Wright as described in his administration’s “Forever New” vision paper. The campaign closed as planned on December 31, 2009, achieving a total of $1.308 billion.

All gifts were designated during the campaign, supporting annual operations, funding endowments specified by donors for particular priorities, and providing capital for new facilities. Professional school achievements include $177 million raised for Dartmouth Medical School, $61 million for Thayer School of Engineering, and $125 million for Tuck School of Business.

Dozens of alumni and parents played crucial volunteer roles raising annual gifts through the Dartmouth College Fund, the Parents and Grandparents Fund, and annual funds for the three professional schools.

“The campaign was led by Jim Wright until he stepped down last June, and met its goal during the first six months of Jim Yong Kim’s presidency,” said Ed Haldeman, chair of Dartmouth’s Board of Trustees. “On behalf of the trustees who served during the years of the campaign, and my predecessor as chair of the board, Bill Neukom ’64, I salute all members of the Dartmouth community who helped the College meet an ambitious target. I especially thank Brad Evans, Peter Fahey, Steve Mandel, and Russ Carson for the volunteer leadership they provided throughout the seven years.”

$407.3 million was made in gifts to endowments designated by donors for a specific purpose that will be supported by those invested dollars for generations. Current-use gifts totaled $530.8 million and were restricted for particular programs or purposes or spent in the year they were received. Gifts toward new and renovated facilities totaled $344.7 million.

The campaign’s many achievements include:

Advancing the curriculum into emerging fields by establishing

Raising financial aidProviding facilities and tools for faculty and students to do their best work by“We thank President Emeritus Jim Wright for his vision and setting the stage for President Kim to build on this success,” said co-chairs Evans, Fahey, and Mandel. “Dartmouth holds a distinctive place in the world of higher education and in the hearts of more than 70,000 graduates around the world. Each and every gift, and each and every call made by a volunteer, has played a role in making this enduring institution a vital one. The campaign began and ended during recessions. True to the Dartmouth spirit, the collective energy and passion of our donors and the team on the Hanover Plain ensured our success. Throughout the campaign, announcements were made of large gifts that named facilities and programs. We want to note that nearly one-third of the total was given generously by tens of thousands of donors whose gifts were more modest in size but no less important.”

The campaign met the vast majority of the objectives set forth in 2002, and fundraising will continue to address unmet needs.

“This was an impressive achievement, and yet our future operations will continue to be adversely affected by the reduction in value of our endowment caused by the financial crisis and the need for lower distributions from the endowment at a sustainable level,” said Board Chair Ed Haldeman. “We celebrate the many ways Dartmouth has been enhanced by our generous donors in this campaign and recognize that these achievements do not reverse the negative impact of our endowment losses.”

Said President Kim, “We owe our co-chairs and the Board of Trustees our deepest gratitude. And we thank our development team for their persistence and skill in managing the effort. We are poised now to plan new strategic initiatives that will prepare Dartmouth students to excel in their life’s work.”

dartmouthexperience.org has details on the campaign and philanthropy to Dartmouth.

Date
5/26/2020
Body
Read the full story, published by Dartmouth Alumni. The Dartmouth Alumni Council gathered for its spring meeting on May 15 in the first...
Image
Thumbnail 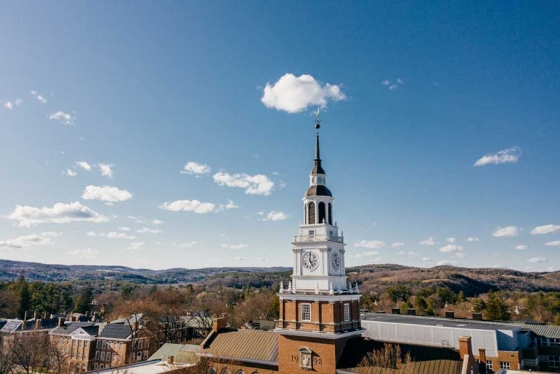 Date
4/11/2019
Body
A series of gifts from alumni and parents will make the dream of a Dartmouth education possible for dozens of undergraduates annually and...
Image
Thumbnail 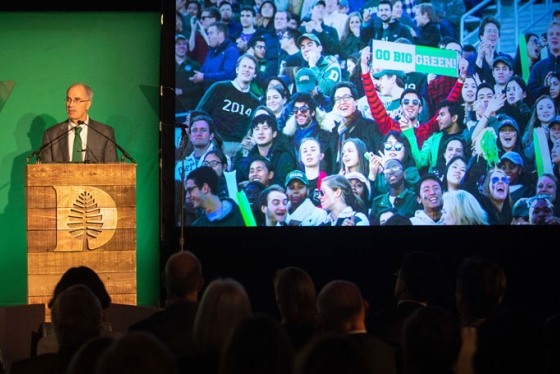