College providing alternate campus housing, other services for all residents

A fire at Dartmouth’s Phi Delta Alpha fraternity early Sunday, January 10 caused no injuries but did extensive damage and has displaced the 25 men residing in the house. Alternate campus housing has been found for all.
Image 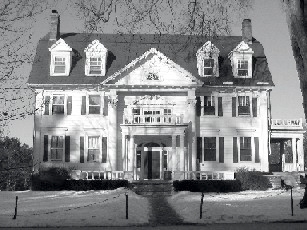