Deborah Garretson, associate professor of Russian, is translating documents to aid the United States and the Russian Federation as they negotiate a follow-up to the 1991 Strategic Arms Reduction Treaty (START), which she worked on as well. Garretson is a contract translator and interpreter for the U.S. State Department and will be based at the United States Mission in Geneva. “I’m one of the old-timers who still knows this stuff,” says Garretson, who served as an interpreter for First Lady Barbara Bush and the Soviet Union’s First Lady Raisa Gorbachev in 1991.

Thanks in part to more than a decade of pre-clinical work by Dartmouth researchers, a Japanese biopharmaceutical firm is preparing to develop and market throughout Asia a drug for the treatment of chronic kidney disease (CKD). The drug belongs to a family of anti-inflammatory compounds called triterpenoids. Its development began with work by chemist Tadashi Honda, in the Dartmouth lab of Gordon Gribble, in 1995. Subsequent research was conducted by Dartmouth Medical School pharmacologist Michael B. Sporn and his lab team, including co-investigator Karen Liby. In a deal worth $272 million plus royalties, the firm Kyowa Hakko Kirin bought exclusive rights to the compound from Texas-based Reata Pharmaceuticals, which holds a licensing agreement with Dartmouth. 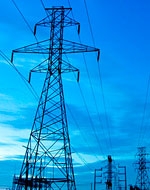 Computer Science Professor Sean Smith with his students and research staff are part of the national Trustworthy Cyber Infrastructure for the Power Grid (TCIPG) team that has been awarded a five-year $18.8 million grant from the U.S. Department of Energy. As modernized power grids are connected to online systems to increase efficiency, they become vulnerable to malicious attacks and hackers. The TCIPG team will develop tools and technologies to protect power supplies.