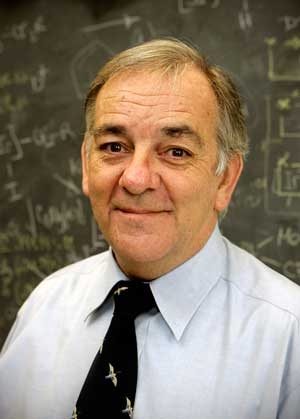 Russell P. Hughes, the Frank R. Mori Professor of Chemistry at Dartmouth, is being recognized nationally for research work aimed at discovering a way to lessen the hold fluorine atoms have on certain molecules, a finding that has the potential to impact almost every human being by moving items like air conditioners and silicon chips one step closer to environmental friendliness.

Hughes is the 2010 recipient of the American Chemical Society Award for Creative Work in Fluorine Chemistry. He and his team have found a way to get the atoms in the carbon-fluorine chemical bond to relax their hold on each other, a molecular pairing that can be dangerous to the ozone layer and has caused products that contained chlorofluorocarbons, or CFCs, to be banned from manufacture in this and other countries. CFCs were commonly found in gas form in refrigerators and air conditioners, as cleaning agents for the silicon chip industry, and in propellants for deodorant cans. Other “replacement” molecules have been designed over the years but those too come with risks, namely a high global warming potential.

“Designing methods of doing this in a chemically selective and environmentally benign way has been the focus of my group’s research over the past decade or so,” said Hughes. “We have made progress but are no means there yet, but the promise of finding better and cheaper ways to produce fluorinated molecules that impact the lives of almost all human beings, provides a considerable driving force to our efforts.”

Hughes will be recognized at an awards ceremony on March 23, 2010 in San Francisco in conjunction with the ACS national meeting.

The American Chemical Society (ACS) is the world’s leading society of chemists with more than 161,000 members and is considered a leading source of authoritative scientific information. A nonprofit organization, chartered by Congress, ACS is at the forefront of the evolving worldwide chemical enterprise and the premier professional home for chemists, chemical engineers and related professions around the globe.

The ACS publishes numerous scientific journals and databases, convenes major research conferences and provides educational, science policy and career programs in chemistry. The organization gives more than $22 million every year in grants for basic research in petroleum and related fields.

Date
9/03/2021
Body
Dartmouth research proposes an experiment to produce ‘something from nothing.’
Image
Thumbnail 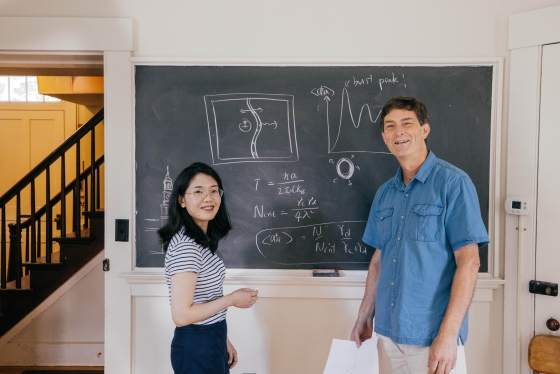