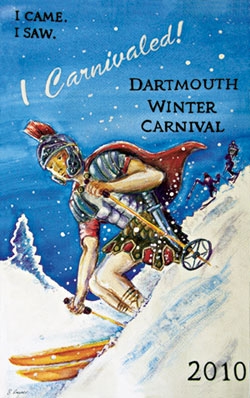 Brenton Rayner ’10 wanted an “arts and crafts” look for his winning poster, which he drew with pencil and painted with watercolors.

Whether hanging in dormitories or framed in ski lodges, Dartmouth’s Winter Carnival posters are a symbol of a cherished College tradition.

The very first poster—a skier gliding down a hill dotted with pine trees—was created in 1911 for the first Winter Carnival by Walter Humphries, Class of 1914. After a 24-year hiatus, students, alumni, and others have drawn the posters every year since 1935. Dartmouth will celebrate its 100th carnival February 10 through 13, 2011. 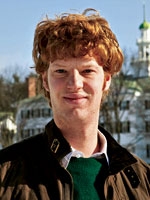 Public interest in carnival posters remains high. Several were sold at a Swann Galleries auction this February in New York City, with the highest-priced poster—created by artist Dwight Clark Shepler in 1936—going for $7,200.

Other sought-after posters at the auction were created by John R. Scotford ’38, who went on to become the College designer, and member of the U.S. Army Colin C. Stewart IV ’48. Stewart also competed in the 1948 Olympics for the United States in alpine skiing.

Like Scotford, poster artist Rachel Rothbaum ’00 went on to a career in visual arts. She specializes in photography, web design, and product design for clients ranging from toy companies to start-up technology firms. Mitch Arion ’81, parent of Kathryn Arion ’11, inked a carnival poster before becoming a veterinarian in Maryland.

This year’s winner, Brenton Rayner ’10, looked to the classic designs of the early posters for inspiration on his third annual entry. “There’s such a rich tradition that encompasses the Dartmouth Winter Carnival, and I wanted to be a part of that,” says Rayner, a physics major who hopes to work in digital arts.

Can’t get to the auction house? Watch for Winter Carnival: A Century of Dartmouth Posters (University Press of New England, forthcoming fall 2010), which celebrates all of the posters in Dartmouth’s Rauner Special Collections Library. The book will feature essays by author and scholar Gina Barreca ’79 and former New York Times art director Steven Heller. Poster images can also be purchased at www.dartmouthimages.com. 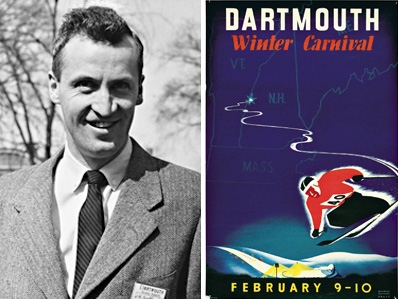 After drawing this poster, the late Scotford went to work in advertising in New York, develop a typeface (Scotford Uncial), and design the Dartmouth flag. He was also active in the Civil Rights movement. 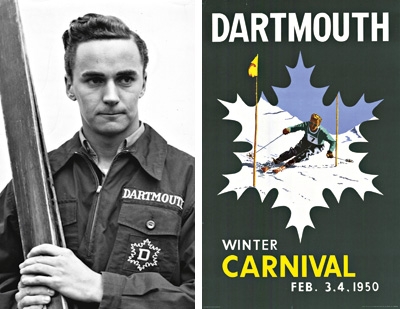 In addition to creating this poster, Stewart competed in alpine skiing for the United States at the 1948 Winter Olympics in St. Moritz, Switzerland. Five other alumni played ice hockey at the same games. 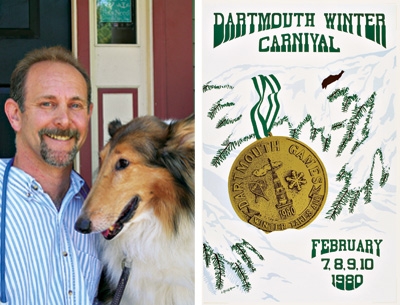 Arion, who took a drawing course at Dartmouth, chose to highlight a gold medal in this poster for the 1980 “Winter Takes All” carnival. Arion also helped create Dartmouth’s Ultimate Frisbee team in 1977. 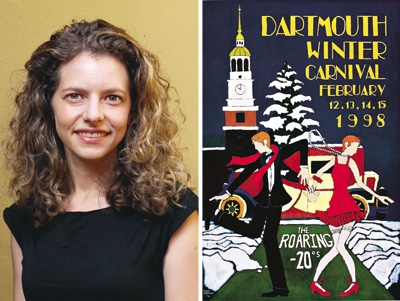 “I’m a big fan of the style and energy of the 1920’s,” says Rothbaum, who designed this poster of a couple dancing the Charleston on the green. Rothbaum is now a professional visual artist.