Nine athletes from Dartmouth excelled on the international stage at the 2010 Winter Olympics in Vancouver. They competed for four countries in four sports—alpine skiing, biathlon, cross-country skiing, and women's hockey. Three athletes were awarded medals.

Since 1924, the College has sent 120 competitors to the winter Olympics—more than any other Ivy League school. Dartmouth athletes have now won 12 gold, 8 silver, and 5 bronze.

The 2010 athletes' results are below. Also scroll to the end of the page to see how other alumni were involved in the Olympics. 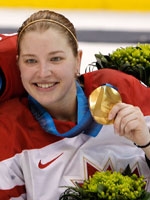 Piper and Apps, both former forwards on Dartmouth's women's hockey team, helped Canada collect its third consecutive gold medal in women's hockey with a 2-0 win over the United States on February 25. Piper has now won three consecutive gold medals. No other Dartmouth athlete has won three medals, of any color. The Dartmouth athlete with the second-most medals (of any color) is Piper's teammate Gillian Apps '06, who won her second gold. 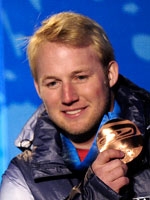 Weibrecht won the bronze medal in the men's super-G alpine race on February 19. At the 55,000-seat stadium in Vancouver on February 19, the Dartmouth earth sciences major stood on the podium alongside U.S. Ski Team member Bode Miller and Norway’s Aksel Lund Svindal. The 24-year-old said, “It was a huge honor to be able to stand there with two of the dominant skiers of our era, and it was super emotional to watch the American flag go up, to know my family was there, and to hear the cheers of the crowd." 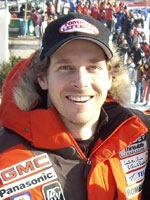 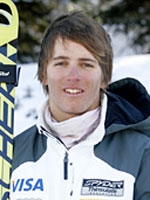 Biggs raced in the men's giant slalom on February 23 and came in 35th out of 81 finishers. The 20-year-old Ford, the youngest on the U.S. Ski Team, finished 26th in the same race.

Current student Spector, one of the youngest competitors on the team, finished 77th in her first Olympic race, the women's biathlon 7.5-kilometer sprint. It was the second-highest of Americans placing. She competed in the 15-kilometer individual race, finishing 65th, and ran the anchor leg for the United States in the 4x6-kilometer relay. 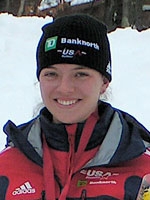 The 24-year-old Studebaker, who was also competing in her first Olympics, skied in four races. In the 15-kilometer individual competition she beat her best World Cup finish ever and came in 34th. She finished 45th in the women's biathlon 7.5-kilometer sprint—the highest of Americans placing. In the 10-kilometer pursuit race, Studebaker finished 46th. And as Dartmouth alumni spectators cheered her on, she had the distinction of starting the lead-off leg relay for the United States in the 4x6-kilometer relay, in which the team finished 17th. Studebaker has high expectations for 2014. She told USA Today, "In four years, one miss — podium. That's the goal." 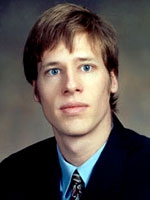 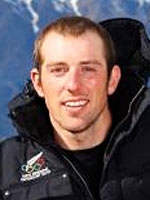 Murphy carried the flag for his native country in the Opening Ceremonies. He was the first Bermudian athlete to compete in an Olympic cross-country ski race, finishing 88th in the 15-kilometer freestyle race.

In addition to the nine athletes, a number of other Dartmouth alumni were involved in the Vancouver Olympics, including: