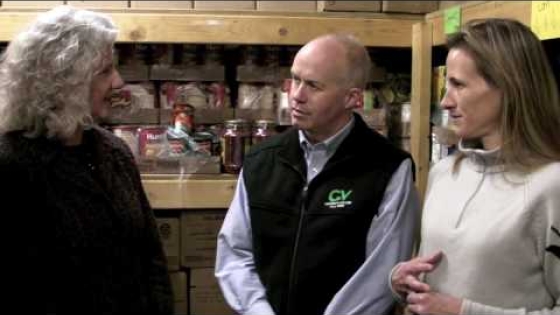 “This accomplishment underscores the commitment by Dartmouth staff and faculty to ensuring that neighbors and friends in need get they support they deserve,” says Glenshaw.

In addition to reaching its goal, the 2009 campaign succeeded in a number of additional areas. Total giving increased by 10 percent, growing from $205,000 in 2008 to more than $225,000 in 2009. The number of donors increased by 15 percent, reversing a trend of declining participation over recent years.

“It’s amazing to think that these philanthropic commitments to the United Way were made during a time of complex financial challenges at Dartmouth,” says Glenshaw. “Despite this, even more faculty and staff stepped forward to help the United Way than last year. It’s incredibly humbling and inspiring to be a part of this effort.”

Also helping the campaign was Honorary Chair Dartmouth President Jim Yong Kim. “I am so proud of the support shown by the Dartmouth community,” he says. “The United Way does so much for the people of the Upper Valley. As a new resident of this region, I was delighted to participate in my first campaign.”

Founded on the Dartmouth campus in 1971, the Upper Valley United Way (UVUW) has received more than $18 million from Dartmouth employees during the last 30 years. It remains Dartmouth’s oldest and largest philanthropic initiative in the Upper Valley. More than 30 social service and nonprofit organizations in Vermont and New Hampshire are supported by the UVUW.