For his blazing run in the men's super-G in the 2010 Winter Olympics, Andrew Weibrecht ’09 earned a bronze medal and a spot on the podium alongside U.S. Ski Team member Bode Miller and Norway’s Aksel Lund Svindal. Describing the moment in the 55,000 seat stadium, Weibrecht said: "It was a huge honor to be able to stand there with two of the dominant skiers of our era, and it was super emotional to watch the American flag go up, to know my family was there, and to hear the cheers of the crowd." The 24-year-old from Lake Placid, N.Y., is an earth sciences major who expects to graduate from Dartmouth in 2015.

With a time of 1:30.65, Weibrecht's time in the super-G was three-tenths of a second behind Svindal, and just three-hundredths of a second behind Miller. "I definitely let it go as much as I could," he later told the Associated Press. "Going into the bottom, I really hammered." It was one of three alpine races for Weibrecht; he took 21st in the downhill and 11th in the Super Combined.

For his aggressive style, some have compared Weibrecht to Miller, one of the most dominant skiers in the history of the sport. Ron Judd of The Seattle Times wrote: "Years from now, people might look back on this day as the moment U.S. skiing's torch was passed." The first week in March, Weibrecht was featured on the cover of Sports Illustrated, along with U.S. Ski Team stars Miller, Lindsay Vonn, and Julia Mancuso.

Regarding this attention, Weibrecht says he doesn’t feel changed, but he says he recognizes that he's had "a career-defining result." He says, "I do have to watch what I do and say more closely. But when I race, my expectations are the same—every time I want to ski a run I can be proud of." 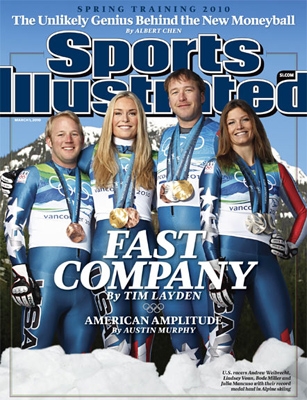 After he competes in two more World Cups, Weibrecht will return to Dartmouth this spring term. It turns out his area of academic interest—structural geology—is related to his profession. As he views mountains from airplanes or sits on chair lifts, he says, "I enjoy thinking about the earth processes and how these different mountain ranges formed."

Reflecting on his achievement from his home in Lake Placid on February 25, six days after having won the bronze, Weibrecht said, "I'm just so excited to represent the United States and Dartmouth as well as I did," he said. "It’s truly an honor." 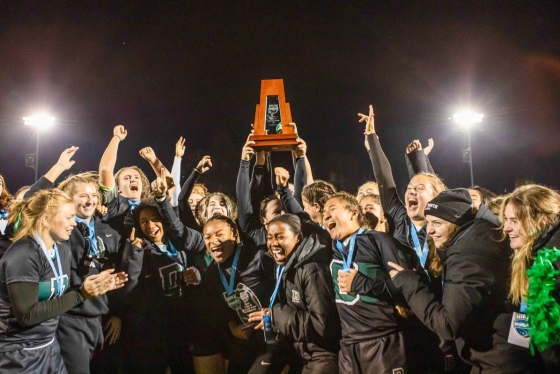