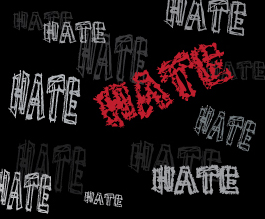 From Emmitt Till and Harvey Milk, to James Byrd and Matthew Shepard, hate crimes are part of our country’s past and present. This year’s Law Day is a two-day event that will examine hate crimes and the legislation on the state and federal level to prosecute it. The activities are sponsored by the Rockefeller Center for Public Policy and the Social Sciences, the Dartmouth Legal Studies Faculty Group and the Dartmouth Lawyers Association.

On Thursday, April 29, the Stephen R. Volk ’57 Lecture honoring Law Day will feature Judge John Mott ’81, associate judge for the Superior Court of the District of Columbia, who will give a lecture titled “Hate Crime and Civil Rights Violations in the United States - the Law Enforcement Response.” The talk will take place at 4:30 p.m. in 3 Rockefeller Hall.

Lucas Swaine, Convener of Dartmouth’s Legal Studies Faculty and associate professor of government, said, “It will be a real honor to have Judge Mott on campus to deliver the Volk Lecture and to participate in other Law Day events. Judge Mott’s judicial and legal expertise affords him a notable perspective on hate crime and civil rights violations, subjects that possess deep legal and political significance.”

Mott was appointed to the Superior Court for the District of Columbia in 2000 by President Clinton and has spent over 20 years in the courtroom as a public defender, federal civil rights prosecutor, and trial judge. Mott graduated from Dartmouth College with a Bachelor of Arts in history in 1981. He was a captain of the ski team and a member of the senior society, Casque and Gauntlet.

Mott began his legal career at the District of Columbia Public Defender Service (PDS), a national leader in indigent defense. From 1988 – 1995, as a staff attorney and supervisor at PDS, Mott represented indigent defendants in juvenile proceedings, appeals, and scores of serious felony matters. From 1995 – 2000, Mott prosecuted hate crime, police brutality and official misconduct, involuntary servitude and other cases at the United States Department of Justice. As Acting Chief, he approved all criminal civil rights prosecutions, helped to create the Task Force on Violence Against Health Care Providers, and worked on legislative matters including the Matthew Shepard and James Byrd, Jr. Hate Crimes Prevention Act, which created a new federal hate crime statute when it was passed in 2009 by President Obama. The legislation enhanced the ability of federal authorities to enforce the nation’s civil rights laws and further expanded the scope of the existing hate crime statute to protect individuals targeted on the basis of their sexual orientation, gender, gender identity, and disability.

On Friday, April 30, a three-member panel discussion is scheduled called “Hate Crimes in America: Does Hate Crime Legislation Protect Victims or Punish Thought?” The discussion will take place from noon to 1:30 p.m. in Room 41 in Haldeman and will be moderated by Kevin O’Leary, associate general counsel at Dartmouth.

The panelists are: Judge John Mott ’81, associate judge for the Superior Court of the District of Columbia; Sonu Bedi, assistant professor of government at Dartmouth; and Lisa Friel ’79, Chief of the Sex Crimes Unit, Manhattan County District Attorney’s Office.

This panel will explore aspects of the development, implementation, and enforcement of hate crimes legislation in the United States and ideally answer some key questions about what a hate crime is and why investigating and prosecuting such crimes is so difficult.

“This promises to be an excellent discussion because of the different judicial, legal, and academic viewpoints that the panelists will bring for the occasion,” said Swaine. “The event should be lively and very interesting given the legal and moral controversies that have arisen over hate crime legislation in America.”

The final event is geared towards students who are interested in attending law school. Titled “Why Should You Go to Law School?” the panelists are: Bruce Duthu ’80, the Samson Occom Professor of Native American Studies and Chair of the NAS Program at Dartmouth; Lisa Friel ’79, Chief of the Sex Crimes Unit, Manhattan County District Attorney’s Office; Alexandra Meise Bay ’01, Associate at White & Case LLP in Washington, D.C.; and attorney Sarah Merlo ’00, with Vitt & Rattigan in Norwich, Vt. The event is scheduled to take place from 1:30 – 2:30 p.m. in Room 41 in Haldeman.

“These events will provide stimulating exchanges of ideas and exposure to the prospects of entering the legal profession. Many Dartmouth students hold serious interest in law, and Law Day aims to engage them directly,” said Swaine.