Hannah Payne, a member of the Dartmouth Class of 2011, has been awarded a Barry M. Goldwater Scholarship for the 2010–2011 academic year. A neuroscience and engineering science double major from Huntington, N.Y., Payne is one of 278 current sophomores and juniors recognized by the Goldwater Scholarship and Excellence in Education Program which seeks to provide a continuing source of highly qualified scientists, mathematicians, and engineers by awarding scholarships to college students who intend to pursue careers in these fields. 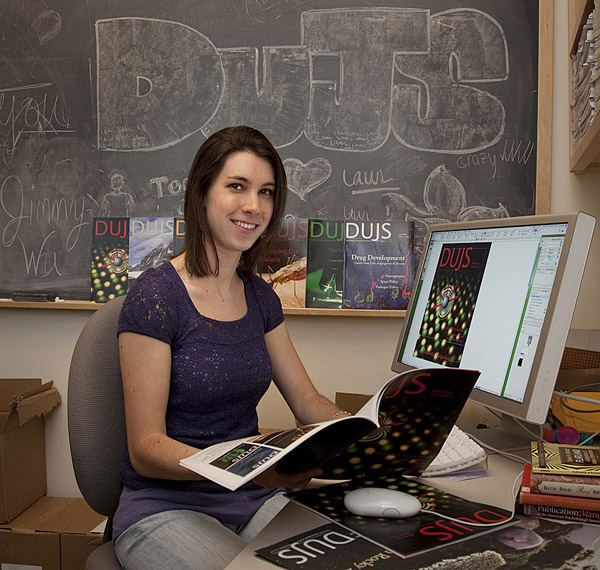 This year’s recipients were chosen on the basis of academic merit from a field of 1,111 candidates who were nominated by the faculties of colleges and universities nationwide. The Goldwater Scholarship is the premier undergraduate award of its type. It provides a grant towards tuition, fees, books, and room and board up to a maximum of $7,500 per year.

“The Goldwater scholarship is a huge honor,” says Payne. “I am grateful to the many people who have helped cultivate my interest in neuroscience and engineering up to this point.” Payne notes that “the award will be very helpful as I continue research next year, and it confirms my enthusiasm to attend graduate school for neuroscience after graduating.”

Payne’s research as an undergraduate at Dartmouth has included working in the lab of Associate Professor of Computer Science Fabio Pellacini as a Women in Science Project intern during her freshman year. This year, through the James O. Freedman Presidential Scholars Program, Payne is working with Associate Professor of Psychological and Brain Sciences David Bucci. As part of Bucci’s lab, Payne is studying the retrosplenial cortex, “a part of the brain that is not well understood, but is thought to be important for learning and memory through the association of multiple cues,” she explains.

Payne is the president of the Dartmouth Undergraduate Journal of Science, and previously served as the publication’s editor in chief.

More information about the Goldwater Scholarships can be found on Dartmouth’s National Scholarships/Fellowships page.