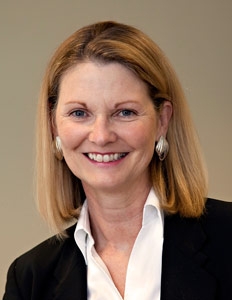 The changes, effective June 1, 2010, were made “to ensure that we focus on our priorities, in full support of our academic mission,” President Kim wrote in a recent message to Dartmouth faculty, staff, and alumni.

“Carrie has provided valuable counsel to me in my first year as President, and her planning and completion of Dartmouth’s $1.3 billion Capital Campaign was masterful,” says President Kim. “She is an outstanding leader, and her comprehensive experience in strategic communications will help us increase our engagement with key constituencies.”

As Chief of Staff, Spalding will work with President Kim on investments, business processes, and the College’s response to critical issues. Spalding, who is currently the Vice President for Alumni Relations, will also oversee the President’s staff and coordinate the office’s collaboration with divisions throughout the College.

“I have worked closely with David over the past nine months, and he knows how to get things done,” says President Kim. “He has an impressive professional background in business and finance, and his appointment will help us facilitate some of our operations and focus on the areas that will provide the greatest benefit to Dartmouth.”

With the administrative changes, President Kim also announced a strategic planning process. “We will be looking ahead to 2019, a milestone for this institution, which will be celebrating its 250th year,” he wrote. The planning will begin this spring and involve the entire community.

Pelzel, who has served in the Dartmouth administration for 13 years, oversaw the $1.3 billion Campaign for the Dartmouth Experience, which was successfully completed in January 2010. It was the largest campaign in the College’s history. Pelzel previously worked at Harvard University, where she helped plan their $2.3 billion campaign completed in 1999. She also served as Director of External Affairs for her alma mater Northfield Mount Hermon School. She is a graduate and former trustee of Trinity College, which awarded her the alumni medal of excellence in 1989.

“The opportunity to work with President Jim Yong Kim in this new capacity and on behalf of one of the finest institutions in the country is both exhilarating and humbling,” says Pelzel. “In reflecting on the purposes of a Dartmouth education, President Kim often quotes former Dartmouth President John Sloan Dickey who told students, ‘The world’s troubles are your troubles, .... and there is nothing wrong with the world that better human beings cannot fix.’ The work that I and my colleagues will pursue through a range of advancement activities will be in service to the education of our students, the scholarly work of our faculty, and their collective contributions to society.”

As Vice President for Alumni Relations, Spalding has led the College’s efforts to increase engagement with its nearly 70,000 alumni. Spalding returned to his alma mater in 2005 following a successful 29-year career in financial services and nonprofit management in New York City, where he was Vice Chairman of The Cypress Group LLC and Chairman of the Make-A-Wish Foundation of Metro New York. As a Dartmouth student, he was a member of the debate team, Alpha Delta fraternity and the student radio station. His father, Lyle G. Spalding, is a member of the Dartmouth Class of 1952.

“My Dartmouth educational experience was exceptional and I came back to the College because I wanted to help preserve that opportunity for future students,” says Spalding. “I’m thrilled to be working side by side with President Kim to support his vision for the world’s leading undergraduate liberal arts institution. It’s a privilege to work with such a strong and dynamic leader.”