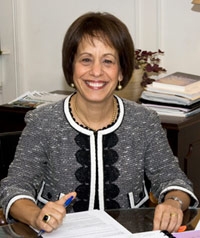 Folt has served as Acting Provost since October 2009 when she replaced Provost Barry P. Scherr, who served for eight years in this role. Folt has also continued to serve as dean of the faculty of Arts & Sciences, a position she has held since 2004. A member of the Dartmouth faculty since 1983, she holds an endowed faculty position as The Dartmouth Professor of Biological Sciences. A search will be launched for a new dean of faculty immediately and Folt will step down from her position as dean as soon as a new dean is selected.

In making the announcement, President Kim said, “Carol is an internationally recognized scientist, an outstanding educator, and an astute and visionary administrator. She commands great respect within and outside Dartmouth for her ability to identify broad goals and implement them with a deep commitment to academic excellence, and with creativity and integrity.

”As Dartmouth’s chief academic officer, Carol will play a crucial role in the institution–wide strategic planning process we are now launching. She brings an impressive record of academic leadership and vision and has the strong personal skills needed for this role. Her intimate knowledge of Dartmouth and insight into perspectives across disciplines will help me to engage the entire community in strategizing a bold vision for Dartmouth,“ Kim added.

The Provost is Dartmouth’s second ranking officer and is directly responsible for overseeing the academic integrity, educational and research programs of the institution, including the three professional schools and Arts & Sciences, and for those operations transcending the work of a single faculty. The Provost works closely with the academic deans and the faculty to establish strategic priorities, and oversees with the Executive Vice President the budget and financial planning to meet these objectives. The Provost also oversees the major academic support units including the libraries, museum and performing arts center, numerous other offices, academic centers and institutes, and is responsible for long term capital planning to meet academic objectives. The Office of Institutional Diversity and Equity also reports to the Provost.

”Dartmouth’s reputation for excellence has always come from our ability to have a profound impact on our students, our faculty and on the world,“ said Folt. ”It is an honor to be Provost at Dartmouth, and I am looking forward to working closely with President Kim, the faculty and the entire community to continue to build upon our remarkable strengths and history of innovation."

Folt is a leading researcher in metal toxicity and effects of dietary mercury and arsenic on human health. She is widely known for pioneering studies of chemical signaling, salmon conservation, climate change, and mercury pollution in aquatic ecosystems. She and her colleagues have developed a number of innovative technologies, published widely, and have received more than $40 million in grant awards and funding. She routinely serves on federal scientific review panels and foundation boards, and has held elected offices in scientific societies. A dedicated and talented educator, Folt has mentored more than 100 undergraduate and graduate students and received the Dartmouth Huntington Prize for excellence in teaching and research in 1991. In 2010, she was elected a fellow of the American Association for the Advancement of Sciences (AAAS) in recognition of her work in biology.

She also has served with distinction as an administrator at Dartmouth. She was Dean of Graduate Studies (2001-2004), dean of the faculty of Arts & Sciences (2004 to present), and the Associate Director of Dartmouth’s interdisciplinary Superfund Basic Research Program (1995-2010).