Stephen Lewis, former Canadian Ambassador to the United Nations and former United Nations Special Envoy for HIV/AIDS in Africa, will present Dartmouth’s 2010 Commencement Address. Lewis is currently the co-director of AIDS-Free World, an international advocacy organization that works to promote more urgent and effective global responses to HIV/AIDS. He spoke with Dartmouth on May 5. The following are excerpts from that conversation. 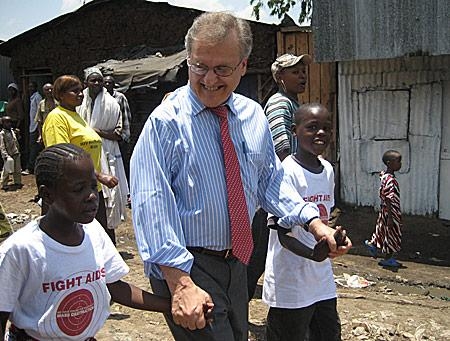 Thoughts on advocacy: “We’re focused on making tough, uncompromising, principled arguments to bring more public attention to gender issues and HIV/AIDS, particularly in Africa. Ultimately the goal is to decrease the tremendous loss of life.”

Advocating at the UN: “The United Nations is about to establish a new international agency for women, possibly by July of this year. The Agency will be one of the UN’s greatest achievements of the past 30 or 40 years. The agency may be funded up to a billion dollars per year and it will help provide an intense amount of scrutiny on every aspect of the lives that women lead, including the overwhelming issue of sexual violence. It has the potential to transform the lives of women. All of us at AIDS-Free World have worked tirelessly to support the UN initiative. We are a deeply feminist organization.”

Women & HIV: “We try to focus on areas that others have not pursued.  For example, women’s issues are never costed adequately. The international community has taken great pains to cost every aspect of human intervention, but when it comes to gender, an assessment of cost is unavailable. We can see it in HIV/AIDS as everywhere else. And of course, it goes far beyond AIDS: whether it’s international sexual trafficking, or female genital mutilation, or rampant sexual violence, the estimates of cost to bring these atrocities to an end are never available. We plan to address all of this directly on a Panel at the International AIDS conference in Vienna in July. It will be the first time that it’s been done!” 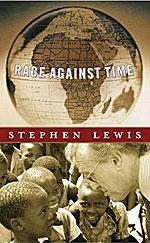 Advice for students: “I’ve believed all my life in the importance of involving yourself in social justice activities that improve people’s lives. That’s one of the reasons we’re on the planet. It doesn’t have to take over your life, but to find some area or cause that benefits the human condition and to embrace it fiercely is tremendously gratifying.”

Dartmouth President Jim Yong Kim: “My primary involvement with President Kim came when he was head of the HIV /AIDS division of the World Health Organization (WHO) and I was the UN Special Envoy for HIV/AIDS in Africa. His 3 x 5 campaign to treat 3 million people for AIDS [by 2005] was the single most dramatic international response to AIDS up to that point. No one in the entire apparatus of the WHO had decided to take on the pandemic in such a frontal and visionary manner. He began a process that was irresistible and irreversible, and it helped save the lives of millions of people. He is a man brimming with ideas—ideas that lead to action. I’m filled with admiration for him.”

Dartmouth: “I never realized what a web of relationships Dartmouth creates. I keep running into alumni and parents who know I’m planning to give the Commencement address. I can’t believe I’m getting an honorary degree from Dartmouth. It’s an extraordinary honor.”