Dartmouth has been awarded $800,000 from the Howard Hughes Medical Institute (HHMI) for a program aimed at retaining undergraduates in the sciences. It’s one of many new HHMI grants totaling $79 million that will help universities nationwide strengthen undergraduate and precollege science education. 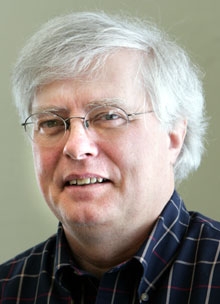 At Dartmouth, the funding will help establish a new introductory biology and chemistry course that blends the two disciplines, takes advantage of real-life applications and issues, and is held over the course of two terms. The goal, according to Roger Sloboda, the Ira Allen Eastman Professor of Biological Sciences at Dartmouth and the HHMI program director, is to excite students about science. Traditional introductory chemistry and biology, he explains, are taught with a great deal of quantitative analysis and numerical problem solving, which can sometimes frustrate and discourage students from majoring in the sciences.

Sloboda is working with Jon Kull ’88, an associate professor of chemistry, to develop and teach the course. Students will be required to watch lectures and listen to podcasts before class, and time in class will be for interaction—problem sets, small group discussions, and review. Sloboda and Kull hope the new approach engages the students and results in more science majors.

HHMI made the awards through two complementary initiatives that are transforming science education in the United States. Fifty research universities in 30 states and the District of Columbia, including Dartmouth, were funded through HHMI’s Precollege and Undergraduate Science Education Program for Universities. The other program, the HHMI Professors Program, awarded funding to thirteen professors nationwide.

“HHMI is committed to funding education programs that excite students’ interest in science,” said HHMI President Robert Tjian in a press release. “We hope that these programs will shape the way students look at the world—whether those students ultimately choose to pursue a career in science or not.”

The nation’s largest private funder of science education, HHMI has spent $1.6 billion since 1985 to reform life sciences education from elementary through graduate school.