Listen to the podcast: Lizards and Evolution, with Ryan Calsbeek and Robert Cox

By using entire islands as experimental laboratories, two Dartmouth biologists have performed one of the largest manipulations of natural selection ever conducted in a wild animal population. Their results, published online on May 9 by the journal Nature, show that competition among lizards is more important than predation by birds and snakes when it comes to survival of the fittest lizard. 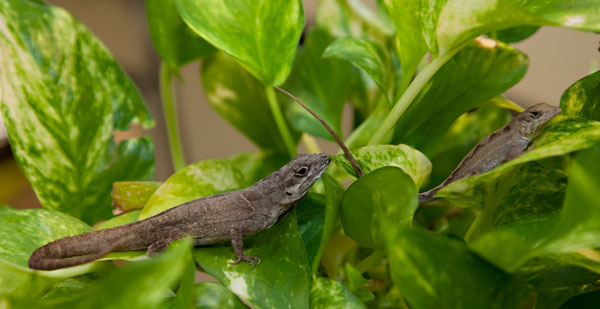 “When Tennyson wrote that nature is ‘red in tooth and claw’, I think the image in his head was something like a Discovery Channel version of a lion chasing down a gazelle” said Ryan Calsbeek, an assistant professor of biology at Dartmouth College and a co-author of the study. “While that may often be the case, intense natural selection can also arise through competition. Sometimes, death by competitor can be more important than death by predator”.

To show this effect, the researchers covered multiple small islands in the Bahamas with bird-proof netting to keep predatory birds at bay. Other islands were left open to bird predators, and on still other islands, the researchers added predatory snakes to expose the lizards to both bird and snake predators. Next, they tracked the lizards over the summer to record which lizards lived and which died on the different islands.

“We found repeated evidence that death by predators occurred at random with respect to traits like body size and running ability” said Robert Cox, a post-doctoral researcher at Dartmouth and Calsbeek’s co-author. “But we also found that increasing the density of lizards on an island consistently created strong natural selection favoring larger size and better running ability.”

Calsbeek and Cox explain that in high-density populations, the intensity of competition for food, space, and other resources is likely to increase. In turn, this increased competition favors the biggest, toughest lizards on the island.

“The lizards play for keeps,” said Calsbeek, “and there’s no room for the meek when times get tough”.

Though the researchers note that competition will not always be more important than predation in other species or in different environments, they emphasize that their study has broad social implications because it demonstrates the ability to conduct evolutionary experiments in natural animal populations.

“Many people are skeptical of evolutionary biology because they perceive it as a purely historical science that can’t be tested experimentally. Here, we’re providing a real experimental test of natural selection as it happens in the wild. That’s an exciting way for us to advance the public’s perception of evolution” said Calsbeek. 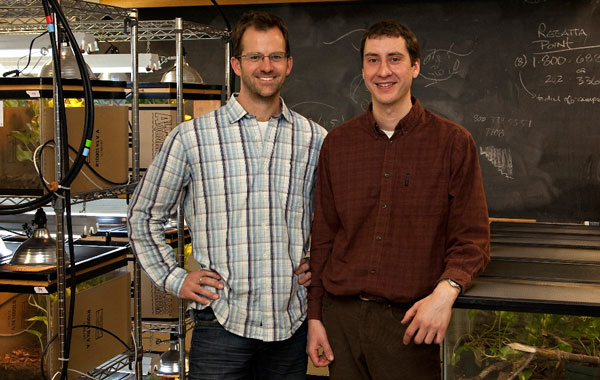