A Homecoming for Pilobolus’s Michael Tracy ’73

When Pilobolus unveils in Moore Theater the world premiere of Hapless Hooligan in “Still Moving,” the dance troupe’s collaboration with Pulitzer Prize-winning graphic novelist Art Spiegelman, it will mark a return home of sorts for Michael Tracy ’73. “Back then Moore was called Center Theater and it was the place we all aspired to perform,” says Tracy, one of the artistic directors of Pilobolus. “At the end of the term I did my first dance performance in Center Theater, and now we’re back with Art Spiegelman.” 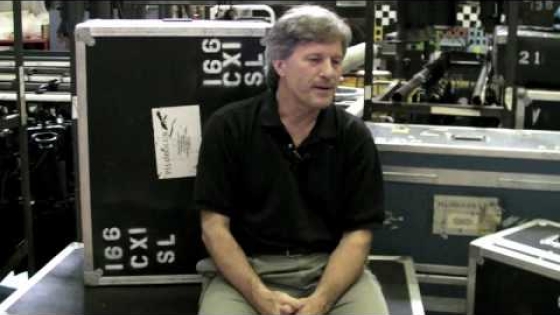 Tracy sat down with Dartmouth Now to talk about Hapless Hooligan in “Still Moving,” which was co-commissioned by Dartmouth’s Hopkins Center for the Arts, and discussed creating a new language of movement with Spiegelman, how Dartmouth’s rural setting inspires creativity, and his love for the cider jelly at Dan & Whit’s, the legendary general store in Norwich, Vt.

The performances from June 24 through June 26 are dedicated to the memory of Jonathan Wolken ’71, Pilobolus co-founder and co-artistic director. Wolken passed away on June 13, 2010, following a long illness.

What is it about the work of Art Spiegelman that made you want to collaborate with him?

“Art Spiegelman is one of the great graphic novelists of the century; his work is unparalleled. Last year we started talking to Art about whether he might be interested in collaborating on an original story and translating it—not like translating it on to the page, as he’s used to, with still, immobile objects that obey his every command—but with dancers. We invented this crazy, surreal story of a man and a woman who meet in this life, then pass away and get together in the next life. It’s sort of a very funny, odd story that suits both Art’s sensibility and ours.”

You talked to the Boston Globe recently about “trying to find a cartoon language for the dancing that matches the graphic language.” How did the collaboration and the process of discovery work?

“Like most Pilobolus pieces, we started with improvisation. We set up a huge screen and projected shadows onto it of the dancers, which created three layers of meaning: live, three-dimensional dancers that you can see as you would in any dance concert; two-dimensional shadow; and Art’s improvised drawings, which interact with the dancers.

“The next-to-final scene was drawn from our improvisation with Art. Suddenly you had a six-foot dancer surrounded by basically a live painting that was interacting with him in real time. The dancer appeared to be spraying paint across this huge space. Indeed, paint came out of his fingertips. Art was literally painting this huge, interactive world.

“That visual image, for us as we were working in the studio, was so striking. I had never seen it, Art had never seen it or participated in it. He wasn’t used to dancers who moved on their own and interacted with him. So this was some kind of unfettered, strange biological explosion that happened in front of our eyes.

“For us to learn what the language was for dancers was a real challenge. It’s almost a Kabuki style of theater, rather than the sort of modern, cool, hip style of movement. And this notion of breaking time into discreet moments was a different track from what we usually think about.” 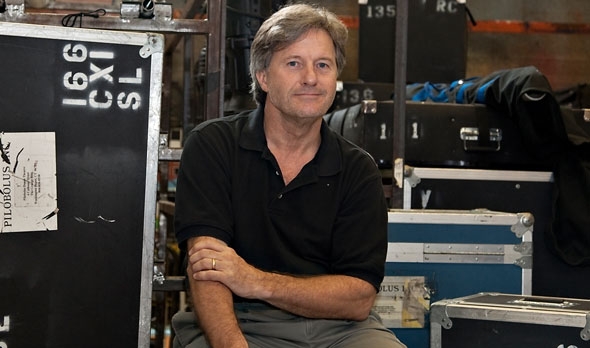 What do you enjoy about coming back to Hanover?

“It’s like going back to your hometown. You’re flooded with the memories of your favorite teachers, your friends, and where on the campus you spent your time. We spent most of our time at the Hopkins Center. I actually came to school here because Dartmouth had built the Hopkins Center not long before and they had clearly invested in the arts. We had great dance classes, great music classes, there was painting and so many opportunities. There’s a lot of cross-fertilization in the Hopkins Center because everything is all in one building. Dartmouth provided a broad set of opportunities and was a great place for us.”

A few years ago you and the other founding members of Pilobolus talked about Dan & Whit’s and the importance of that store to the founding of your dance company. You said they provided you with an open line of credit.

“You know, every time I come up here, I still go over there and buy cider jelly. I’ve never seen it anywhere else, but it’s so good. I stock up on local honey, a pint of cider jelly, and a pint of apple butter. Dan & Whit’s, without them there would be no Pilobolus. We should put that right up on the logo!”

What do you think it is about Dartmouth that helps inspire people? President Kim has talked about the positive influence of “your brain on green,” and the beautiful, tranquil setting. What was it for you?

“It was no coincidence that all Pilobolus’s artistic directors chose Dartmouth over other possibilities. We all partook of the Dartmouth Outing Club, hiking, skiing and the outdoor possibilities around here. And we really enjoyed the fact that we were not based in a city. Everybody seemed to appreciate that–the kind of focus that you can have in the country, the kind of nurturing that you get in this setting.

“I love going to New York, and I love working there and going out to other shows. But the tempo of the city and the noise level, I find difficult to shut out in order to focus on work. So not only did we start at Dartmouth, Pilobolus remains one of the few dance companies nationally or internationally that isn’t based in a city.” (Pilobolus is based in Washington, Conn.)

You’re dedicating these performances to one of your founding members, Jonathan Wolken ’71; one of the works that’s being performed was created by him.

“Jonathan, Robbie (Barnett ’72), and I have stayed together for these 40 years. Jonathan was a major figure in our company and produced a lot of great work and inspired everybody. It’s hard to lose somebody at the relatively young age of 60. It’s kind of confounding. But we continue the company in the same spirit that he did.”