A “Humanist” Approach to Game Design

Liberal arts are the foundation of Professor Flanagan's course. 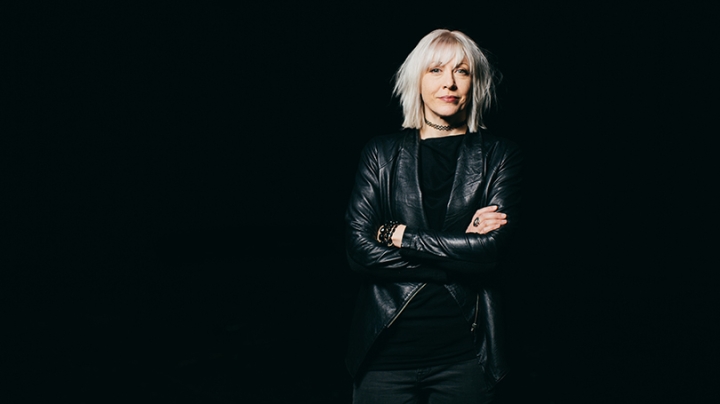 Professor Mary Flanagan is a leading innovator, artist, educator, and designer whose works include everything from game-inspired art to commercial games that shift people’s thinking about bias and stereotypes. (Photo by Robert Gill)
6/05/2010
Body

When he was selecting colleges, Edward McNeill ’11 knew his career goal was to be a video game designer. The schools where he was accepted were a gamer’s dream come true: the University of Southern California, which boasts the nation’s top-ranked undergraduate game design program, and Carnegie-Mellon, a top computer science school and home to a graduate program in game design. Yet McNeill selected Dartmouth, which at that time hadn’t yet hired Professor of Film and Media Studies Mary Flanagan. Flanagan was named the inaugural holder of the Sherman Fairchild Distinguished Professorship in Digital Humanities in September 2008.

“The closest thing Dartmouth had to game design was a first-year seminar in interactive storytelling taught by Professor [Lori] Loeb,” says McNeill, who hails from Fairfax County, Va. “But I didn’t want to be so focused academically. All the best game designers come from really different places, and in interviews I read they were skeptical of four-year game design programs. So I felt liberal arts was the way to go.”

Assignments have included designing an educational card game to help prevent malaria, creating a new sport that will effect social change, and designing an alternate reality game that promotes literacy. While this is only the second game design course Flanagan has taught at Dartmouth, the College’s program is already gaining national recognition, earning a spot in the Princeton Review’s 2010 list of  Top 50 Undergraduate Game Design Programs.

Flanagan says Dartmouth takes a more humanist and research-oriented approach to digital game design than other programs. “It’s really about games emerging out of intellectual traditions,” says Flanagan, who adds that hers is not a technical course. “I’m not interested in making a game that’s just entertainment for entertainment’s sake without something else going on. It has to integrate, in a deep way, those questions about the human condition and the humanities as an intellectual home.”

For his sports game, McNeill incorporated the Prisoner’s Dilemma, which he had studied in a game theory class. Each player’s task was to collect three cans from a central base and place them in their own personal base, but players also had the easier option of stealing from each other. Some of the results of testing his game surprised McNeill. Even though there dwere enough cans for everyone, several players stole and hoarded cans during play-testing instead of letting everyone collect three cans. Some refused to leave their cans to collect more, preferring to lose the game rather than risk losing their cans to thieves.

“I didn’t expect players who were losing to be unwilling to change their strategy,” says McNeill who took second place in Microsoft’s Imagine Cup 2009, an international game design competition. “But there are psychology experiments where they test how people behave if you’re gaining something versus losing something you already have. So you can clearly borrow from other disciplines in analyzing the mechanics of your game and to help make revisions.”

“It’s fantastic to watch the students making connections between their other classes and game design,” says Flanagan. “I believe the class, instead of pushing interdisciplinarity in an obvious way, relies on it in a fundamental way. One can’t make games about the world without actually understanding a little bit about that world.”

Philosophy major Gregory Levine ’09 of Woodmere, N.Y., says he’s drawn on the sciences, arts, and literature in completing his game design assignments. “I’m not a computer programmer and I’m not an artist, but one of the things I find most interesting about this class is that it helps us unpack and analyze a subject like you would a film or a book,” says Levine. “We’re really examining these games, play-testing them, and revising them, like the day we played Uno and changed the rules to make it a cooperative game. It’s been a really interesting class.”

Susanne Monteiro ’10, an astronomy major from Norwell, Mass., has enjoyed exploring her creative side. The focus on socially conscious game design has also allowed her to incorporate her community service interests into projects, such as utilizing what she learned about malaria prevention during a term spent volunteering at a Costa Rican orphanage. “It’s been interesting to draw on those experiences in this class in ways that I usually don’t get to,” says Monteiro. “But it’s challenging. How are you going to save the world with a game? That’s what we’re trying to do.”