Hop audiences will get a sneak peek at the anticipated new Ken Burns film when Baseball: The Tenth Inning receives a special advance screenings in July.

Set to air September 28 and 29 on PBS, the four-hour film will be shown in two parts, Part I, “Top of the Tenth,” on Friday, July 16, and Part II, “Bottom of the Tenth,” on Saturday, July 17. Both screenings take place at 7 p.m. in the Hop’s Spaulding Auditorium. Audiences can buy separate tickets for each film for $15 ($10 for Dartmouth students) or a “double header” pass to both films for $25 ($15 for Dartmouth students). Burns, a New Hampshire resident, will be on hand for a public discussion after each screening.

A follow-up to Burns’ 1994 nine-part PBS series Baseball, the two-part, four-hour Tenth Inning tells the tumultuous story of America’s national pastime from the early 1990s to the present day, introducing an array of players, teams, and fans. The film showcases both extraordinary accomplishments and devastating disappointments. 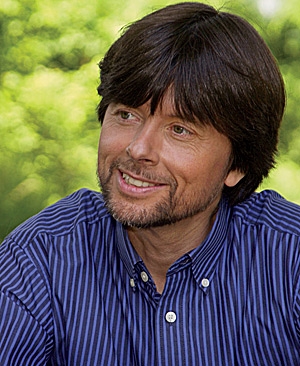 Filmmaker and New Hampshire resident Ken Burns will be at Dartmouth July 16 and 17 for a special advance screening of his new baseball documentary. (photo by Cable Risdon)

“Baseball has changed so much in the last 15 years, but at the same time, the reason that the game is so enduring is that it is timeless,” says Burns. “Like the original series, this film pays tribute to one of our nation’s greatest institutions. We celebrate tremendous athletic achievements and examine the humanity and diversity of the players, the dynamic relationship with the fans, and all the layers and nuances that make a seemingly simple exercise of hitting a ball with a stick infinitely fascinating.”

The 1994 Baseball, which covered the history of baseball from the 1840s to the early 1990s, still stands as the most watched series in PBS history, attracting more than 45 million viewers.