Dartmouth opened its 2010-11 academic year on September 21 with a Convocation that included three speeches and a stirring performance of “America the Beautiful” by the Dartmouth College Gospel Choir. The event was followed by a Community Cookout on the Tuck Mall on a warm late summer day. View the full video of 2010 Convocation.

President Jim Yong Kim, beginning his second fall term at Dartmouth, compared himself to a sophomore who is still learning from the College’s “outstanding faculty.” 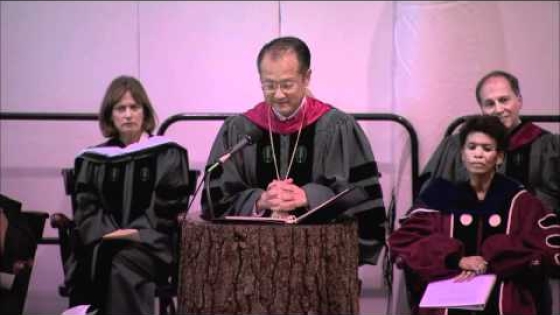 Addressing the hundreds of undergraduate and graduate students gathered in Leede Arena, Kim said, “Among the many things I have learned from the Dartmouth faculty, one of the most significant lessons is that the ability to write clearly, effectively, and creatively may very well be the most important skill you will be taught in your time here.” He noted that as an anthropology graduate student he would begin each day with a writing exercise known as “morning pages,” as a strategy to overcome writer’s block.

Kim advised students to be persistent, to maintain a “growth” mindset, and to treasure the Dartmouth community. “You shouldn’t be concerned about how you stack up against your classmates in terms of some notion of innate intelligence,” Kim said. “Starting now, what matters most is persistence and a great strategy.”

As he concluded the address, Kim said, “You’re here at Dartmouth to learn, grow, and mature, so that once you leave us, you will go out into the world, make its troubles your own, and make those troubles melt away with your brilliance, your resolve, your compassion, and your tenacity.” 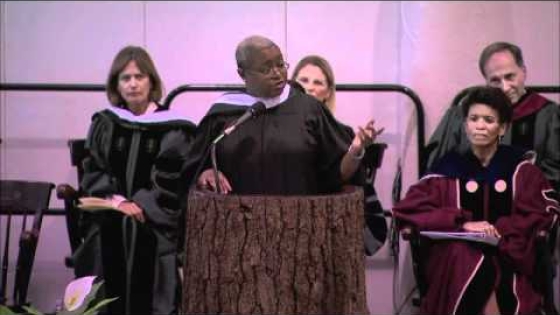 On the 30th anniversary of her first year at Dartmouth, the Rev. Leah Daughtry ’84 recalled her own Convocation and being addressed by the late Dartmouth President John Kemeny. She said she left the event knowing “without a shadow of a doubt that Dartmouth belonged to me and that I belonged to Dartmouth.”

Daughtry recited the poem “Trees,” by Joyce Kilmer, and said, “the best learning happens when mind, body, and spirit are engaged. To do it right we must bring our whole selves into the learning process.”

A government major, Daughtry also noted that her experience in politics—she’s the former CEO of the Democratic National Committee—taught her things that supplemented the theories she learned in the classroom. “To be a true scholar, to be an avid learner, we must learn to match our intellectual pursuits with hands-on practical activity,” she said. 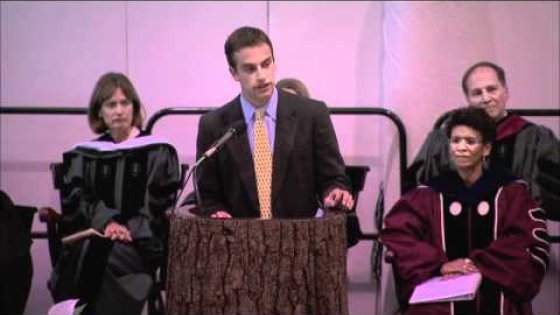 Student Body President Eric Tanner ’11, a geography major, talked about “connecting the dots” through people, and he described how the first relationships formed at Dartmouth are often the result of a small comment or kind word. “No matter how desperate or even forced it might feel, those little connections might, in the end, be the basis for one of the strongest friendships you will ever have,” he said.

“Never lose that drive to keep building relationships,” said Tanner, who predicted that when Commencement 2011 arrives what he will remember most about Dartmouth will be its people. Tanner also noted that “the actual time here is finite.” He even cited the number of days—1,362—that first-year students have between Convocation 2010 and Commencement 2014 to make the most of being part of Dartmouth’s community.