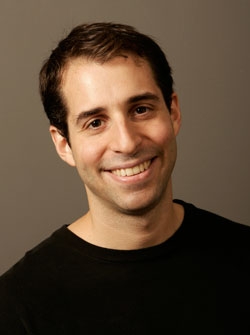 Basketball fans have March Madness, football followers have the Super Bowl, and soccer lovers have the World Cup. For fans of the theater that is politics, it’s the midterm elections. The questions on the minds of political junkies are: Just how many seats will the Democrats lose in November? Will it be a trickle or a blowout?

Joseph Bafumi, assistant professor of government, predicts the GOP will do well this cycle. His forecast will appear in the October issue of PS: Political Science and Politics.

“By our reckoning, the most likely scenario is a Republican majority in the neighborhood of 229 seats versus 206 for the Democrats, for a 50-seat loss for the Democrats,” Bafumi says. “Taking into account the uncertainty in our model, the Republicans have a 79 percent chance of winning the House.”

Bafumi said he and his co-authors ran 1,000 simulations of the 2010 House elections to get to their forecast. The simulations are based on information from past elections going back to 1946. Simulations are run for 1,000 separate outcomes of the national vote and also factor in likely outcomes of the 435 congressional district races. This methodology replicates the one that generated the successful prediction Bafumi and his co-authors made for the 2006 midterm election.

This prediction comes with important caveats, he says. The model assumes the variables in place during this midterm election season are unchanged from previous elections. Since the 2010 campaign started to heat up earlier than usual, the tilt toward the minority party may already be complete, meaning the Republicans may not pick up as many voters as expected. Also, how voters will react to the tea-party movement as the public face of the Republican Party is still up in the air.

Bafumi says the numbers to watch are the generic polls from now to November.

“If the polls are close, the Democrats have a decent chance to hold the House, " he says.  But if the polls follow the past pattern of moving toward the ‘out’ party and move further toward the Republicans—even by a little—the Republicans should be heavily favored.”