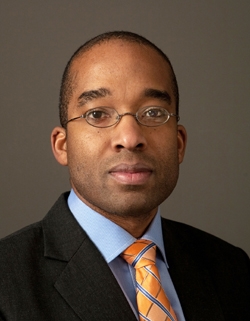 Fraud within global carbon markets is rampant, including some polluters who are increasing greenhouse gas emissions to reap profits from financial offsets, says Michael Dorsey, assistant professor of environmental studies, in a recent op-ed in the journal Carbon Market Europe.

Dorsey and co-author Jerome Whitington, a fellow with the Dickey Center for International Understanding and the Climate Justice Research Project, state “as the formal carbon market matures, without proper oversight, criminal activity, corruption and ethical malfeasance are on the rise.”

A carbon market is a method used to control pollution by providing economic incentives to polluters and participating countries for reductions in the emissions of pollutants. 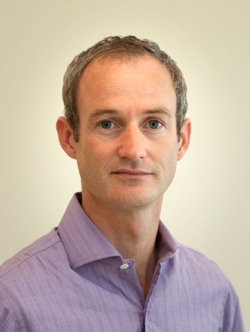 Co-author Jerome Whitington is a fellow with the Dickey Center for International Understanding and the Climate Justice Research Project. (photo by Joseph Mehling ’69)

Much of the crime and fraud is based in the European carbon market. It comes at a cost of at least €5 billion ($6.4 billion), based on Europol estimates. “Since the last quarter of 2009, our preliminary analysis reveals 17 unique incidences of crime and fraud that together represent almost 90 percent (89.9 percent) of publicly known incidences of fraud.”

This corruption is discouraging as North American policy-makers construct the “‘next largest carbon market” and borrow “ideas and practices, from a system suffering from deep, intractable crimes, corruption, unethical practices and malfeasance,” they write.