“It’s a time unlike any other at Dartmouth,” says First-Year Trips co-director Dan Susman ’10 of the Dartmouth Outing Club’s (DOC) five-day welcoming program for incoming students. “It’s a shared experience for the entire class.”

This year, from September 1 through 15, Susman and co-director Maisie Breit ’10 have the task of helping to provide that shared experience to 1,097 students—about 96 percent of the Class of 2014. Members of the DOC say it’s the highest number of participants ever in the 75-year history of Trips.

More than 400 upperclassmen are involved in the student-run program, including 55 members of five crews such as “H-Croo,” who informally greet students as they arrive on campus. (See video below.) And 294 trip leaders—two for every trip—lead the 147 groups of six to twelve students as they explore the landscape of northern New England. 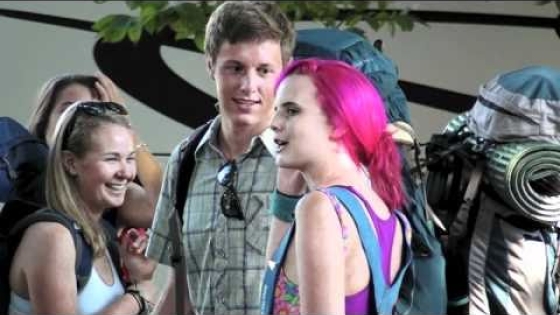 The DOC pioneered Trips in 1935. An article in The Dartmouth on September 7 of that year began: “As an innovation this year the Dartmouth Outing Club has announced a five-day ‘Get acquainted’ trip for the incoming men of the Class of ’39.” Though at first meant for students “interested in outdoor life,” organizers of the trips eventually invited all students to participate. Seventy-five years later, similar trips are in place at 164 colleges nationwide, according to recent research by the University of New Hampshire.

A new development for Trips this year is a barbecue focused on sustainability. Held daily for the first-year students on the Collis porch, the meal is served with reusable dishes and silverware, and most the food comes from local sources such as King Arthur Flour, Hardwick Beef (President Michael Gourlay ’76), and 4 Corners Farm.

This year there are 20 different outings for first-years to choose from, including these four new excursions:

“We want to appeal to as many people as possible,” says co-director Breit, who has four years of experience with Trips as a participant, Trip leader (two years), and Trip leader trainer. “It’s all about making people feel comfortable and excited about Dartmouth.”
Image 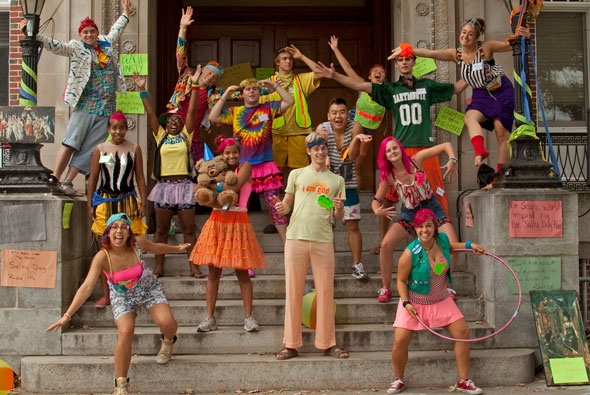