Dartmouth College has received a commitment of $9 million from an anonymous donor to support its renovated fitness center. The center will be named in honor of Charles J. Zimmerman, a member of the Dartmouth Class of 1923, Tuck School of Business 1924, and a former chairman of the College’s Board of Trustees. 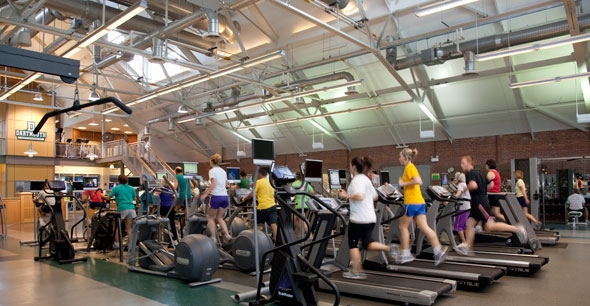 Dartmouth’s renovated fitness center will be named in honor of Charles J. Zimmerman ’23 Tuck ’24,  a former chairman of the Board of Trustees. (photo by Joseph Mehling ’69)

The 14,000-square-foot facility, which will be named Zimmerman Fitness Center, opened in 2006 on the top floor of Alumni Gym and is a key component of Dartmouth’s commitment to athletics and recreation as a foundation of the out-of-classroom experience. Given the pressing need for improved fitness facilities four years ago, the College assumed debt to bring the fitness center on line. This gift will address that obligation and also provide a fund to ensure that fitness equipment can be repaired and regularly upgraded.

The largest contiguous fitness facility in the Ivy League, Zimmerman Fitness Center hosts more than 900 students, faculty, staff, and community members each day, making it a highly trafficked destination on campus. Three quarters of Dartmouth undergraduates participate in some form of athletics or fitness activity.

“At Dartmouth College we see athletics and fitness as essential to learning. With scientific advances showing strong relationships between physical and mental wellbeing, we want every student to understand how diet, nutrition, and physical activity affect not only longevity, but the functioning of our brains throughout our lives,” said President Jim Yong Kim, a medical doctor and former college athlete who has scrimmaged with some of Dartmouth’s varsity teams.

“We are grateful to the donor for underwriting a facility that is critical to the health of our entire community and honoring an alumnus who gave extraordinary service to his alma mater and his profession,” President Kim said. 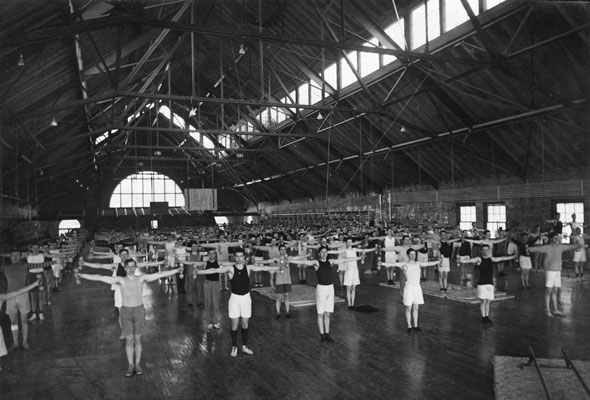 The commitment honors the late Charles Zimmerman, a former president, director, and chairman of Connecticut Mutual Life Insurance Company. Regarded as a “giant” in the insurance industry, Zimmerman was the youngest person to serve as president of the National Association of Life Underwriters, and won that organization’s prestigious John Newton Russell Award, the industry’s highest honor. Rising to the rank of captain in the Navy during World War II, he coordinated savings bonds for the Navy, Coast Guard, and Marines. Zimmerman served as a Dartmouth trustee for twenty years, from 1952 to 1972, and chaired the board from 1970 to 1972. During his chairmanship, in the administration of President John Kemeny, he presided over the historic decision to admit women to Dartmouth and establish the year-round schedule known as the Dartmouth Plan, or D-Plan. He chaired the Alumni Fund Campaign from 1950 to 1951, was president of his class from 1954 to 1959, and received both an Alumni Award and an honorary doctor of laws degree from the College in 1973. ((The citation says, “But more than for your achievements . . . you are kind, you are intensely loyal, and you never lose faith in the goodness of your fellow human beings.”) He and his wife, Opal Marie, created a scholarship fund, and his name is memorialized on Zimmerman Hall, a student residence, and the Zimmerman Lounge in Blunt Alumni Center. He died in 1994, at the age of 92.

Dartmouth, a private, coeducational college, is a member of the Ivy League. Founded in 1769, it is committed to outstanding undergraduate and graduate education while fostering leading scholarship among its faculty. Its small size encourages close student-faculty interactions, and its year-round schedule allows the majority of its 4,300 undergraduates to participate in foreign study and internships. In addition to its undergraduate and professional school programs, it offers 19 graduate programs in the Arts and Sciences.