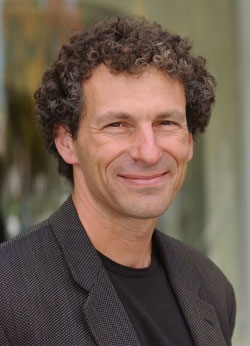 Daniel Rockmore, the John G. Kemeny Parents Professor in Mathematics, and Marcelo Gleiser, the Appleton Professor of Natural Philosophy and professor of physics and astronomy, received a continuing grant of $2.5 million from the National Science Foundation (NSF) for their project “Pushing the Limits: Building Capacity to Enhance Public Understanding of Math and Science Through Rural Libraries.”

“Pushing the Limits” targets librarians and adult library patrons in rural communities across the United States where geographic access to informal science education centers such as museums may be limited. In such situations, “libraries often serve as a nexus of intellectual activity,” says Rockmore. The grant funds an informal Science, Technology, Engineering, and Mathematics (STEM) education model for rural libraries and will be executed in partnership with the Association of Rural and Small Libraries. 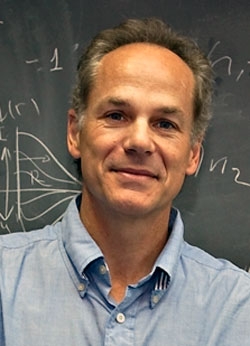 The centerpiece of the program will be a set of feature film quality videos that will serve as the foundation of four guided discussions at the library led by local scientists. Prior to attending the library’s STEM forums, the participants will have read a work of contemporary fiction related to the topic being considered.

“A shockingly small percentage of people actually know or interact with scientists daily,” says Rockmore, who is also a professor in computer science. “This is a way to both bring science and scientists to rural communities,” he says, “to meet people, talk science with them, to hopefully diffuse a few myths or fears about science, and get them generally interested in the scientific process and science as it affects their daily lives.”

The program has several goals: to improve the STEM knowledge and awareness of library staff, to provide libraries with multi-media materials for STEM public programming, to connect librarians to local scientists, and to engage community members in programming activities around STEM topics.

“The big social reforms start at home,” says Gleiser. He points out that sharing science widely with “adults, parents, community leaders, everybody, does an enormous service to the country as a whole.”