The Hood Museum of Art at Dartmouth College marks its twenty-fifth anniversary with a major exhibition of paintings by Frank Stella from October 9, 2010, through March 13, 2011. Frank Stella: Irregular Polygons presents one of each of the artist’s eleven monumental compositions for the Irregular Polygon (1965–66) series, along with preparatory drawings, the 1974 print series Eccentric Polygons (based on the Irregular Polygons), and a selection of the artist’s latest works, the Polychrome Reliefs. Together these objects testify to an outstanding artistic career and provide an exciting opportunity to engage with the “complex simplicity” that is the paradox of Frank Stella’s art. The acclaimed abstract artist was awarded a 2009 National Medal of the Arts earlier this year by President Obama. 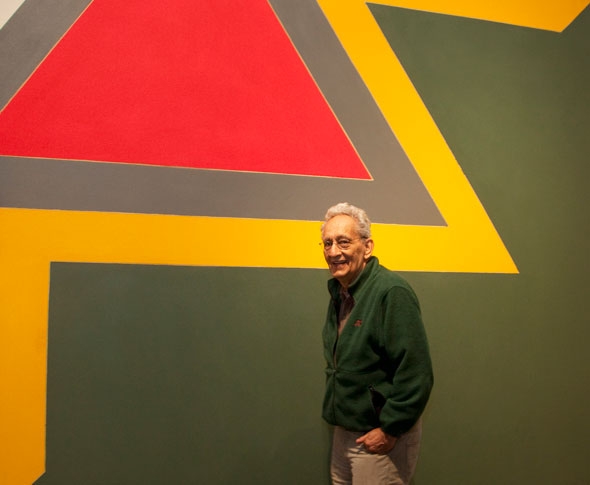 Artist Frank Stella in front of “Chocorua IV,” one of the Irregular Polygon series. The painting was recently purchased by the Hood Museum of Art in honor of Brian Kennedy, director of the Hood from 2005-2010 and curator of the Stella exhibition. (photo by Joseph Mehling ’69)

The exhibition is accompanied by a scholarly catalogue written by the show’s curator, former Hood director Brian Kennedy, who assumed directorship of the Toledo Museum of Art in September 2010. Kennedy will deliver an opening lecture, Frank Stella: Irregular Polygons, on Friday, October 8, at 4:30 p.m. in Loew Auditorium.

Stella returns to Dartmouth as a Montgomery Fellow from October 17 to October 24. On Thursday, October 21, at 4:30 p.m., he will participate in a question-and-answer session in Dartmouth’s Spaulding Auditorium. This event is free and open to the public.

Read more and learn about related events on the Hood’s Stella exhibition page. 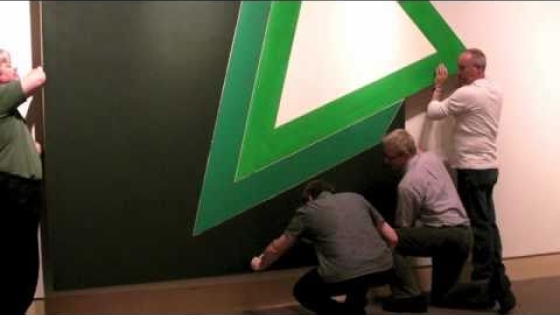