The Policy Research Shop (PRS) at the Nelson A. Rockefeller Center for Public Policy and the Social Sciences has been awarded a three-year, $750,000 grant by the Fund for the Improvement of Postsecondary Education (FIPSE) to continue doing what it does best: helping undergraduates apply what they learn in the classroom to the real world of public policymaking. 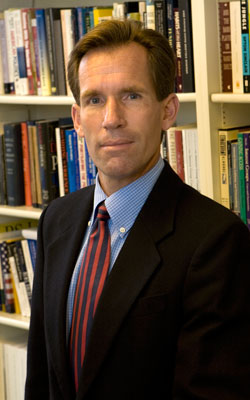 Professor of Government Ronald G. Shaiko applied for the federal funding through the agency’s competitive application process. The FIPSE grant money will allow the PRS to expand the scope of its programming. Shaiko, who is a senior fellow and the associate director for curricular and research programs at the Rockefeller Center, wrote in the grant proposal that the funding would go toward creating an additional methods class focusing on local governance, developing materials to promote the PRS model nationally, and comprehensively evaluating the PRS.

“I believe this model of teaching and learning is widely replicable in undergraduate institutions across the country,” says Shaiko. “Receiving this funding allows us to build on the great foundation we have in place at the Policy Research Shop.”

FIPSE is a unit of the Higher Education Programs within the Office of Postsecondary Education, U.S. Department of Education. FIPSE’s mandate is to “improve postsecondary educational opportunities” across a broad range of concerns.

The Policy Research Shop provides non-partisan research on policy issues at the state and local level in New Hampshire and Vermont. In the six years since the the PRS was created, students have produced more than 50 policy reports that have been presented to state legislative committees and statewide commissions. The Rockefeller Center received start-up funding for the PRS from the SURDNA Foundation and continuing funding from the Ford Foundation.

Student work in the PRS begins in a fall term course, Public Policy 45, which is limited to roughly 25 students and is taught by Shaiko. Projects begun in the class are completed in the winter and spring terms while the state legislatures are in session.  During the 2009-10 academic year, 37 students participated in the PRS and produced 12 policy briefs. The briefs covered such topics as renewable energy incentives, public funding and the New Hampshire state park system, and uniform guidelines for the state’s homeless shelters. 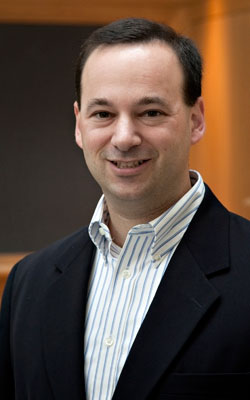 Andrew Samwick, director of the Rockefeller Center and the Sandra and Arthur Irving A’72, P’10 Professor of Economics, calls the Policy Research Shop a cornerstone of the liberal arts experience because it connects in-classroom research methods to the real world. (photo by Joseph Mehling ’69)

Andrew Samwick, the director of the Rockefeller Center and the Sandra and Arthur Irving A’72, P’10 Professor of Economics, says: “A successful liberal arts education should include rigorous courses in which students can acquire knowledge and learn skills; consequential opportunities for them to apply that knowledge and practice those skills; critical feedback on their initial learning; and reflection on lessons learned, with an eye toward setting more ambitious goals for the future. By connecting the in-classroom research methods course to the real world challenges confronting state legislatures, the Policy Research Shop is one of cornerstones of the liberal arts experience for students at the Rockefeller Center.”

According to the federal agency’s website, a successful FIPSE project is innovative in method, scope, cost or efficiency; contains clear and specific goals for student learning, faculty development and institutional change; can be assessed for success; provides a clear statement of impact five years after the project is complete; demonstrates game-changing implications on a regional or national level; is well-managed; and has a project manager who will summarize the activities and results and disseminate them to target audiences.

“In the 21st century, undergraduate teaching and learning cannot be confined to the classroom,” says Shaiko. “Our PRS model that stresses student engagement ‘in and out of the classroom, on and off campus’ provides a more comprehensive and meaningful approach to undergraduate education.  This FIPSE award acknowledges our efforts and allows us to expand the model on campus and to disseminate the model to undergraduate campuses across the country.”