Gabrielle Emanuel ’10 of Evanston, Ill., was awarded the prestigious Rhodes Scholarship on November 20. 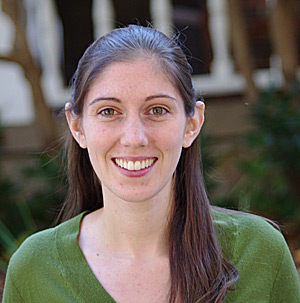 While at Oxford, Rhodes Scholar Gabrielle Emanuel ’10 will pursue a DPhil in development studies to examine the ethics of development aid. (photo by James Allison ’10)

The Rhodes Scholarship is the oldest and best known award for international study and widely considered the highest post-graduate academic award available to American college graduates. The scholarship pays all expenses for two or three years of study at the University of Oxford in England. Emanuel is the seventy-third Dartmouth graduate to receive a Rhodes Scholarship.

Emanuel plans to pursue a DPhil in development studies to examine the ethics of development aid to foreign countries.

“Traveling and working abroad I have always felt both joy and unease about the potential of development aid to do good and cause harm,” Emanuel says. “It is a great privilege to look at these questions in depth with scholars and colleagues” at Oxford.

“During my DPhil in development studies I hope to look at international aid’s impact on local cultures and communities,” she continues. “By exploring the ethics and larger impacts of development aid, I will examine the relationship between cultural sensitivity and the effectiveness of development assistance.”

She was a 2007 recipient of the Davis Projects for Peace program through the John Sloan Dickey Center for International Understanding. The program, founded by philanthropist Kathryn Wasserman Davis, encourages and supports young people in creating and testing their own ideas for building peace. Emanuel and teammate James Allison ’10 were awarded $10,000 to help launch a program in Uganda enabling rural students to attend American universities.

Emanuel was also a participant with Students Stand with Staff, a grassroots organization of students lending support to staff members during Dartmouth’s budget reorganization, and Students Fighting Hunger, a Tucker Foundation group working to raise awareness about local, national, and global hunger-related issues while meeting needs in the Upper Valley, the region which surrounds Hanover, N.H., through direct service.

“For me, the conversations and friendships with staff members and the broader Upper Valley community through Students Stand with Staff and Students Fighting Hunger at Dartmouth were formative moments. These members of the community offered me new insights and forced me to grow.”

Rhodes Scholars are chosen in a two-stage process. First, candidates must be endorsed by their college or university and then the Committees of Selection in 16 U.S. districts invite the strongest applicants to interview. The 32 Rhodes Scholars chosen from the U.S. will join international scholars from 14 jurisdictions across the globe.

Applicants are chosen on the basis of the criteria set down in the will of Cecil Rhodes, the British philanthropist and African colonial pioneer who created the program in 1902. According to the Rhodes Scholarship website, the criteria for selection are “high academic achievement, integrity of character, a spirit of unselfishness, respect for others, potential for leadership, and physical vigor. These basic characteristics are directed at fulfilling Mr. Rhodes’ hopes that the Rhodes Scholars would make an effective and positive contribution throughout the world. In Rhodes’ words, his Scholars should ‘esteem the performance of public duties as their highest aim.’”