The inaugural USA Science and Engineering Festival, held on the National Mall in Washington, D.C. on October 23 and 24, attracted around half a million attendees who interacted with 1,500 exhibitions, including four booths hosted by Dartmouth faculty, postdoctoral researchers, and graduate students.

The festival aimed to “re-invigorate the interest of our nation’s youth in science, technology, engineering and math (STEM) by producing and presenting the most compelling, exciting, educational and entertaining science gatherings in the United States.” 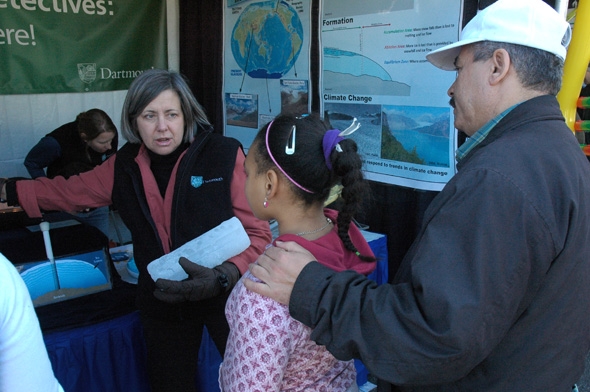 “It was great to see so many citizens at the festival who were eager to hold an actual ice core from Greenland, and learn about the clues to past climate that have been discovered in the Greenland and Antarctic ice sheets,” says Mary Albert, professor of engineering. 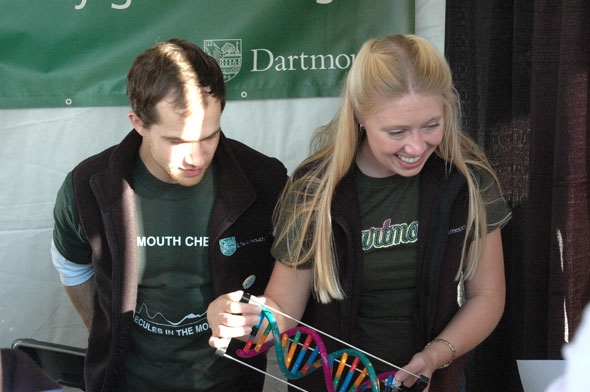 Amorette Barber, a postdoctoral researcher in biology, says “It was a really challenging but also rewarding experience to explain science to all different types of people, from young kids and parents without much biology background, to middle and high school students studying science in school, to college students majoring in biology.” But, she notes, “regardless of the amount of background information the visitors had, they all seemed really excited to learn more about science.”

“It was a fantastic event,” noted Nancy Serrell, Dartmouth’s director of outreach. “The festival was a great opportunity for our graduate students and young faculty to communicate about their science beyond the confines of Dartmouth and the scientific community.”

As preparation the teams previously hosted previews of their exhibitions for the Upper Valley community in early September.